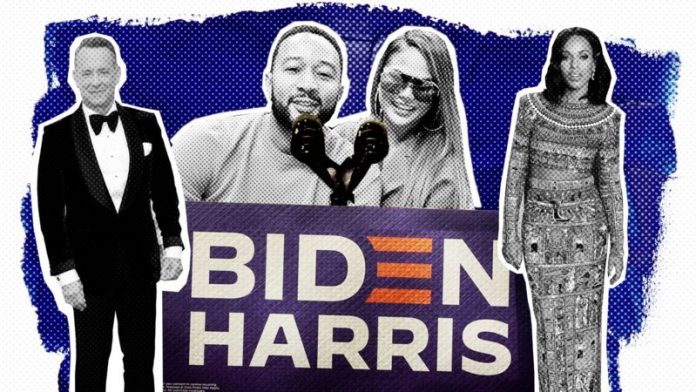 The balance of power in Washington, DC, ground zero is in Georgia. Control fo the U.S. Senate hinges on the runoff races in the Peach State. With the Senate majority leadership within his reach, Sen. Chuck Schumer (D-NY) recently declared, “Now we take Georgia, and then we change America.

More than 50 Hollywood celebrities are trying to make this a reality for Schumer. Using their star power to raise money and gain enthusiasm for Democrat challengers Jon Ossoff and Raphael Warnock. Georgia races have been imprinted by Hollywood in hopes of flipping the Senate on January 5.

The majority of these celebrities have never lived in Georgia. They have no personal connection to the state except for the TV or movie roles requiring them to occasionally film there.

Like the presidential election, Hollywood cast reunions continue to be a fundraising fad, with a Veep reunion, featuring Julia Louise-Dreyfus, Tony Hale, Same Richardson, Paul Scheer, and Gary Cole, bring in more than $640,000 in one day, and an ELF reunion, with Will Ferrell, Zooey Deschanel, Ed Asner, Busy Phillips, Ed Helms, and Jon Lithgow, raising more than $400,000

Celebrities are circling Stacey Abrams, who is using her own fame to rally her Hollywood friends. Abrams is behind Win Both Seats, a minority voter push with stars Kumail Najiani and Sophia Bush. She also headed up a Rock the Runoff fundraising concert featuring many pop stars including John Legend, Justin Timberland, Michael Stipe, and Common, as well as Billy Porter and Ben Platt

Comedy-themed events hosted by Sarah Silverman and Patton Oswalt. Actress and stand-up comedian Amy Schumer, who is a cousin of Sen Schumer, recently led a Democrat voter mobilization event for the state.

The rock group Pearl Jam joined up with Lin-Manuel Miranda to raise money to get out the state’s Latino vote.

Alyssa Milano and Debra Messing also made their voices heard, both tweeting their support of Georgia Democrats by wearing “Vote Warnock” t-shirts.