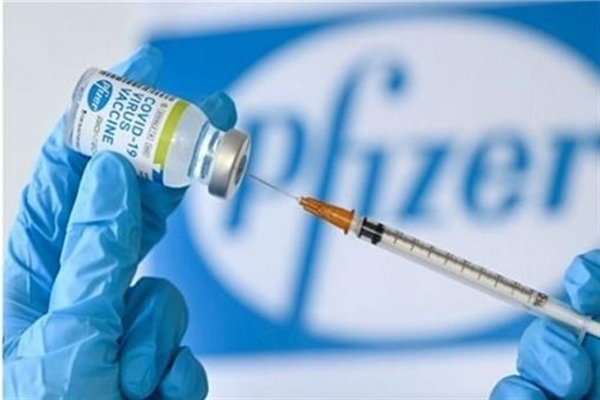 The FDA’s 55-year request, which would put the full release at 2076, originates from a FOIA request from Public Health and Medical Professionals for Transparency; the group contains at least 30 scientists and professors from universities like Harvard, Brown, Yale, and UCLA. The group claims to be nonprofit and would take no partisan position on the data but “exists solely to obtain and disseminate the data relied upon by the FDA to license COVID-19 vaccines” for the sake of transparency.

The FDA’s denied the expedited records request for all data about the licensing of Pfizer’s vaccine. The group Public Health and Medical Professionals for Transparency filed a lawsuit in September in the U.S. District Court for the Northern District of Texas. The group argues the information would “settle the ongoing public debate regarding the adequacy of the FDA’s review process.”

Releasing this data should also confirm the FDA’s conclusion that the Pfizer Vaccine is safe and effective and, thus, increase confidence in the Pfizer Vaccine. The public’s need for this information is urgent given the fact that COVID-19 vaccines are being mandated to individuals across the country by federal, state, and local governments as well as private businesses.

On November 15, the FDA replied to the suit in a joint report, saying the agency is requesting 55 years, or 500 pages a month, because of the large size of the request — roughly 329,000 pages — and because it does not have enough staff to complete the request any faster. The nonprofit requests that the agency releases the complete data by March 3, 2022 — 108 days.

“This 108-day period is the same amount of time it took the FDA to review the responsive documents for the far more intricate task of licensing Pfizer’s Covid-19 vaccine (the “Pfizer vaccine”),” plaintiffs said.

The FDA, in response, argued the deadline would “force the FDA to process more than 80,000 pages per month,” a pace which the agency said would raise a “significant risk of inadvertent disclosure of records properly subject to exemption under FOIA.”

Trade secret information and personal privacy information for those patients participating in the clinician trial would be considered protected records. The FDA argued:

Second, the FDA does not have the personnel or resources in its FOIA office to process Plaintiff’s FOIA request at a rate of more than 80,000 pages per month. Plaintiff’s FOIA request is being processed by the Access Litigation and Freedom of Information Branch (the “Branch”) in FDA’s Center for Biologics Evaluation and Research (“CBER”). The branch has a total of ten employees, including the director and two trainees. Increasing the volume to more than 80,000 pages per month (if such rate is even possible – and it likely is not), as Plaintiff requests, would result in Plaintiff monopolizing essentially all of FDA’s resources and leaving little resources to process other FOIA requests. Indeed, the D.C. Circuit has recognized that another agency’s policy of processing 500 pages per request per month “serves to promote efficient responses to a larger number of requesters.

the nonprofit emphasized the urgency of the release, noting that the ability for a majority of Americans to participate in civil society, “and event the exercise of basic liberty rights, are now contingent on receiving this product.”

Plaintiffs also rebuffed the FDA’s staffing argument, adding that the agency employees more than 18,000 people with a budget of $6 billion and that if its obligations are “too burdensome,” it should “take its complaints to Congress — not this Court.” Plaintiffs contended:

For the Americans that will lose their job, income, career, military status, education, or worse, for refusing a federal mandate requiring this product, they do not get to argue that it is too burdensome to comply with federal law. That is not an excuse that individuals get to make when a federal law requires them to do something. The FDA should similarly be afforded no such safe harbor. Certainly not on an issue this important. Again, if the FDA finds complying with federal law burdensome, its recourse is with Congress.

The group added that “intense public interest” was known by the FDA the agency should have prepared to release the data “simultaneously with the licensure.” The plaintiffs continued:

Instead, it has done the opposite. Despite the passage of 84 days since licensure and 192 days since Pfizer started producing the records for licensure, the FDA has not released a single document submitted by Pfizer for the licensure of its Covid-19 vaccine. Not one page. In any event, the FDA should welcome making these documents available to the Plaintiff if it is confident in the analysis and review it conducted. The fact that it has fought tooth and nail and taken such an absurd and unconscionable position of waiting until the year 2076 to complete the production further heightens the grave need to have these documents produced forthwith.

The group is asking the Court to order the FDA to produce all Pfizers documents and data continuously until the job is complete by March 3, 2022. The concluded:

To require less is to render FOIA meaningless, the FDA’s promise of transparency a lie, and to send a signal to every American that while the federal executive branch is shielding Pfizer from any liability for injuries from its product and requiring employers, schools, hospitals and the military to expel those that don’t receive this product, it is protecting the very documents Pfizer provided to our taxpayer-funded health agency to obtain licensure to be able to sell this product. That simply should not be and highlights why FOIA and equity demand the relief Plaintiff requests herein.

U.S. District Judge Mark Pittman – appointed by Trump – has set a scheduling conference in Fort Worth, Texas on December 14, to consider the FDA timeline.

The case is Public Health and Medical Professionals for Transparency v. Food and Drug Administration, No. 4:21-cv-1058 in the United States District Court for the Northern District of Texas.