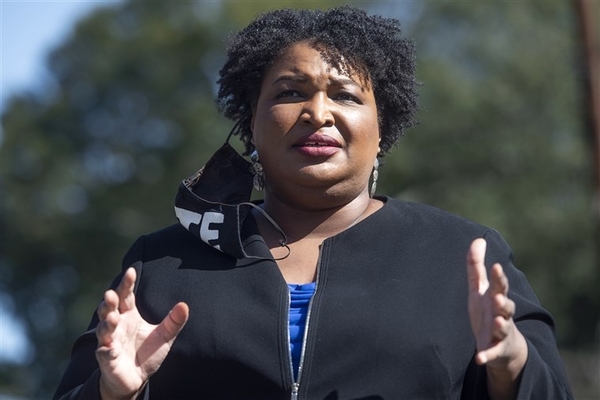 Georgia activist Stacey Abrams said in an interview with CBS Sunday Morning that she is “absolutely” planning to run for president of the United States.

Abrams, who narrowly lost a 2018 bid to become Georgia’s governor, has been an active voting rights advocate in recent years.

The 47-year-old Georgia Democrat told interviewer Erin Moriarty that she feels a responsibility to say she aims to run — as an example to every young woman and person of color.

The Democratic activist also opened up about her personal life, admitting that her busy political schedule and public life contributed to the end of her last relationship.

Abrams said, “You earlier said people take voting for granted. When you’ve never had to think about the hardship of voting, then yes, these conversations on voter suppression seem absurd to you. When you have never spent more than seven minutes in line, it is nearly impossible to imagine that there are poor Black people who stand in line for eight hours, miss an entire day’s wages, risk losing their jobs simply to cast a ballot in an election that may or may not have any benefit in their lives.”

Abrams said, “Do I hold it as an ambition? Absolutely. And even more importantly, when someone asks me if that’s my ambition, I have a responsibility to say ‘Yes,’ for every young woman, every person of color, every young person of color who sees me and decides what they’re capable of based on what I think I am capable of.”

She added, “It’s about, you cannot have those things you refuse to dream of.”