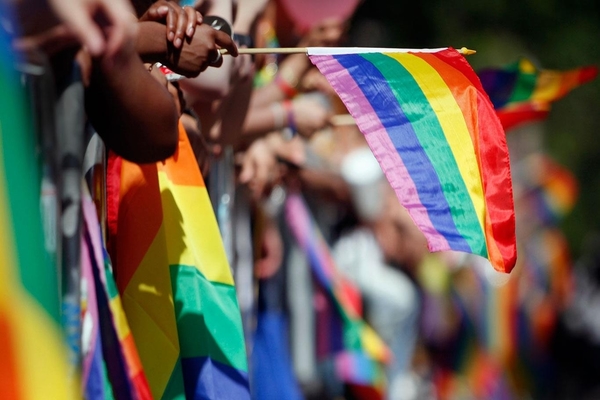 Americans are shifting away from the transgender ideology; according to a new poll by Harvard/Harris, sixty-two percent say a person’s sex cannot be changed.

The poll of 1,576 registered voters was conducted October 26-28 by Harvard’s Center for American Political Studies (CAPS) and Harris Insights and Analytics. The poll asked:

Those who agree people can change their sex, according to the Harvard CAPS/Harris Poll, are less than 40 percent, While the 62 percent of all voters in the poll said, “people are born with their gender.”

This biology-beats-gender result adds more evidence that public opinion is moving against the transgender ideology.

The 2019 respondents were split 50/50. So the 62/38 result in 2021 suggests that the public’s view has moved at least 20 points towards the biology-trumps-gender side of the debate in the last couple of years.

Democrats mainly still support the claim that gender feelings are more important than biology when classifying people in a complementary male-female society with less than one percent of people trying to as members of the opposite sex.

Since Democratic leaders under President Obama embraced the ideology, Democrat support for transgenderisim has grown. For example, the new Harvard/Harris poll showed that 59 percent of Democrats agree with the claim that “People should be able to choose their gender.”

An August poll backs up the October results from the Harvard/Harris poll by the pro-transgender Public Religion Research Institute (PRRI).

The PRRI poll used “gender” as a substitute for sex when asking a question, to which 40 percent of Americans responded by saying there are more genders than male and female.

A second question in the October 2021 Harvard/Harris poll showed even less support for the transgender claim that the federal government should let people determine their own diverse sex other than male or female: Just 28 percent of people say there are “more than two genders,” according to the Harvard/Harris poll.

However, transgender activists argue there are many more “genders.” They claim “agender,” “androgyne,” “bigender,” “demiboy,” and “demigender, as extra identies.

Transgender advocates generally claim a person’s sense of “gender” should be more important in society and law than the male-or-female nature of the unchangeable biology.

For example, advocates claim that federal law-enforcement agencies must ensure that a man or child who says his or her gender is different from his or her biology should be allowed to use opposite-sex bathrooms. As reported by Breitbart News, they also demand that law enforcement force other Americans to treat them as the opposite sex in conversations, workplaces, cultural events, and even in sexual activities.

The public debate over transgenderism is conducted in school meetings, state legislatures, and mainstream publications such as Breitbart News. The transgender issue is suppressed and skewed by progressive employees at the major tech companies, including Google, Facebook, and Twitter.

“Glenn Youngkin’s victory [in Virginia’s election for governor] showed that voters, and especially parents, are waking up to the horrendous consequences of the woke left’s gender ideology, in particular the way that it threatens the privacy and safety of girls in school,” according to a statement from the American Principles Project, which is helping to organize state-level opposition to the transgender ideology.

“It should be no surprise to see opinions shifting in polling on these issues as well,” the statement added.