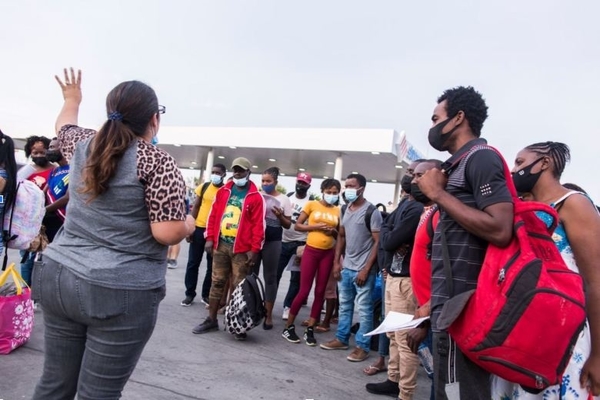 Media outlets are reporting Haitian migrants are being released into the interior of the United States, despite promises from DHS Secretary Alejandro Mayorkas. The number of released migrants is in the thousands; one official told the Associated Press.

“We in DHS are securing additional transportation to accelerate the pace and increase the capacity of removal flights to Haiti and other destinations in the Western Hemisphere,” he stated.

However, despite the promises of removal from Mayorkas, it appears the number of Haitians being removed is in the hundreds while thousands are being released.

The releases come amid a quick effort to empty the camp under a bridge that, according to some estimates, held more than 14,000 people over the weekend in a town of 35,000 people. Texas Gov. Greg Abbott, during a visit Tuesday to Del Rio, said the county’s top official told him the most recent tally at the camp was about 8,600 migrants.

The criteria for deciding who is flown to Haiti and who is released in the U.S. was unclear, but two U.S. officials said single adults were the priority for expulsion flights.

Also reporting the Haitian migrants into the U.S. interior is Fox News. The migrants are reportedly being flown by Aero Airways, a principal government contractor, to U.S. destinations, including Chicago, Denver, Minneapolis, New York City, Yakima (Washington), and Harrisburg (Pennsylvania).

The AP claims that as many as 6,000 migrants have been released from the camp in Del Rio, Texas.