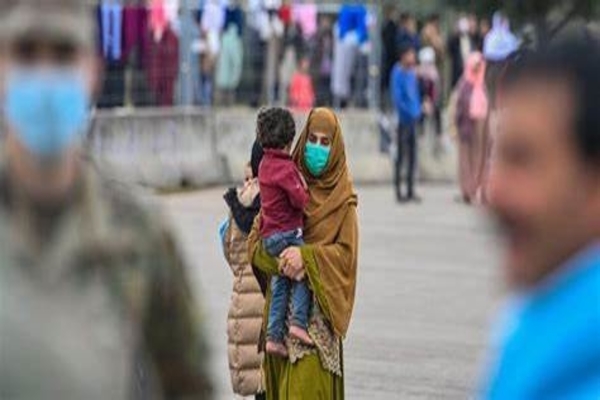 The Biden administration will ask Congress for $6.4 billion to permanently resettle 95,000 Afghans to the United States.

In a call with reporters on Tuesday, White House officials said the White House would request $6.4 billion from Congress to fund the resettling of tens of thousands of Afghans throughout the United States.

NBC News reports that roughly $1.7 billion of the funding would be spent “funding and resources to the Afghans to help them set up a new home in the U.S.” In the last month, the administration official said they have already brought 65,000 Afghans to the United States for permanent resettlement and expect to bring an additional 30,000.

Biden’s goal is to resettle 95,000 Afghans into the U.S., a glimpse into his massive resettlement operation – the largest since12,000 Syrians were brought by former President Barack Obama from 2012-2016.

Although Biden has labeled the resettlement of Afghans as a commitment to the nation’s allies in the Afghanistan War, the majority of Afghans coming to the U.S. do not qualify for Special Immigrant Visas (SIVs) or even P-2 visas. Those are the only visa programs reserved for those Afgha’s and families who directly worked for the U.S. Armed Forces.

The bulk of Afghans are heading to military bases for resettlement are coming under the status of “humanitarian parole,” a status that does not expire for at least two years. An estimated 50,000 Afghans will be parolees; they will stay at several U.S. military bases. The Washington Post reported that Afghans arriving at military bases will receive a one-time payment of $1,250 via the State Department and courtesy of American taxpayers.

Most arriving Afghans have not completed their immigration processing.

Every five years, American taxpayers spend nearly $9 billion in resettlement costs; according to research, each refugee, over the course of their lifetime refugees cost taxpayers $133,000. An estimated 16 percent of all refugees will need housing assistance paid for by taxpayers within five years.