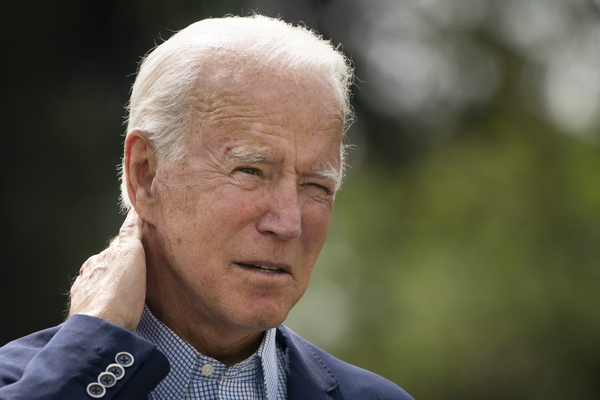 He said, “Nothing — Nothing I’m about to recommend in any way impinges on the Second Amendment. They’re phony, arguments suggesting that these are Second Amendment rights at stake from what we’re talking about.”

Biden said: “We should… eliminate gun manufacturers from the immunity they receive from Congress.”

“Most people don’t realize, the only industry in America, a billion-dollar industry, that can’t be sued… are gun manufacturers,” he added.

PLCAA  shields gun makers from lawsuits in situations where a gun, criminally used, was legally made and legally sold.

In other words, Glock cannot be sued over a handgun that was used in crime if that handgun was legally made, then distributed from the factory to a Federal Firearms License holder (FFL), then sold via a National Instant Criminal Background System (NICS) check to an individual at retail.

The text of PLCAA states:

Businesses in the United States that are engaged in interstate and foreign commerce through the lawful design, manufacture, marketing, distribution, importation, or sale to the public of firearms or ammunition products that have been shipped or transported in interstate or foreign commerce are not, and should not, be liable for the harm caused by those who criminally or unlawfully misuse firearm products or ammunition products that function as designed and intended.

Thomas Jefferson alluded to these rights in the Declaration of Independence when he said we are “endowed by [our] Creator with certain unalienable rights.” He pointed out that these rights are “Life, Liberty, and the Pursuit of Happiness.” A decade and a half later, the rights were fleshed out with greater specification in the Bill of Rights. James Madison stated that Americans’ gun rights “shall not be infringed.”

One of the Bill of Rights’ chief purposes was to declare that the people possessed rights integral to their humanity. Those rights were not under the government’s purview (because they did not come from the government).