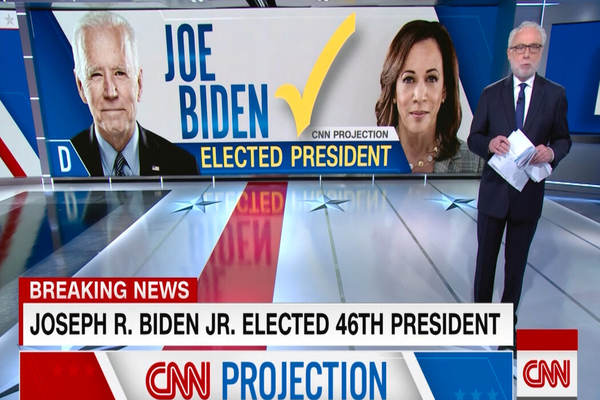 “We Got Trump Out”: CNN Technical Director Admits Network Created “Propaganda” to Get Biden Elected.

“I think, I think we got him (Biden) through this term,” Chester said in the hidden camera video.

“We would always show shots of him jogging… Him in his aviator shades, like you, paint him (Biden) as a young geriatric,” he added.

Chester explained they would fabricate news stories about Trump while ignoring Biden’s scandals.

“We were creating a story there that we didn’t know anything about, ya know? That’s what – that’s what I think, that’s propaganda,” he said.

He said that CNN’s next campaign would use “fear” to sell the masses on climate change evils.

“Our focus was to get Trump out of office, right? Without saying it, that’s what it was, right? So our next thing is going to be for climate change awareness,” Chester said.

“No one ever says those things out loud, but it’s obvious,” he added.

The full clip can be seen here:

CNN is an unabashed propaganda mill working against the American people’s interests, proven by Project Veritas.