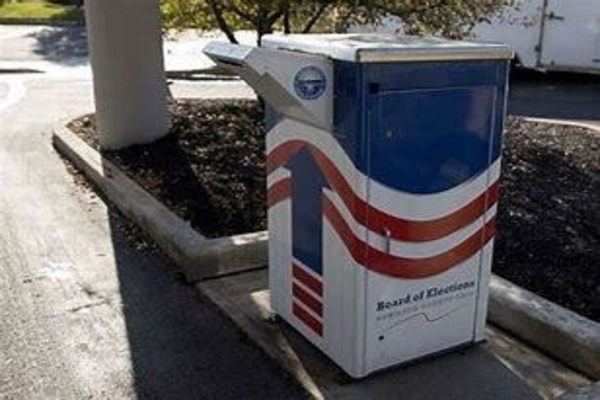 True The Vote, a conservative election integrity group, has been secretly investigating voter fraud in the 2020 elections; the results are expected soon, as reported by Breitbart News.

This document has been obtained by Breitbart News, who reached out for comments on the forthcoming investigation. Engelbrecht confirmed the document’s authenticity but declined any further comment at this time.

The True The Vote document says over the last several months, more than 27 terabytes of geospatial and temporal data have been connected since late last year. Between Oct 1 and Nov 6 in Georgia, Arizona, Michigan, Wisconsin, Pennsylvania, and Texas, more than 10 trillion cell phone pings were collected from the target area. The data includes geofenced points of interest like ballot drop box locations and UPS stores and select government, commercial, ad non-governmental organizations (NGO) facilities.

“From this, we have thus far developed precise patterns of life for 242 suspected ballot traffickers in Georgia, and 202 traffickers in Arizona,” True The Vote’s document says. “According to the data, each trafficker went to an average of 23 ballot dropboxes.”

The document states that True the Vote was able to piece together information that several people -suspected of ballot harvesting -were making multiple trips to drop boxes, raising potential legal questions in some of these states.

“We are building out video stories and have compiled videos of individuals stuffing ballot dropboxes with stacks of ballots, individuals depositing ballots in multiple dropboxes, unauthorized coordination between government workers engaged in the exchange of ballots, and several other tranches of video that capture unusual patterns such as the wearing of gloves to deposit ballots, taking pictures of ballot deposits, etc.,” True The Vote’s document says.

The document says Georgia’s status of such surveillance video is unclear as of now. “Video availability in other states is undetermined; open records requests submitted consistently since January continue to be met with conflicting communications and stalls,” True The Vote’s document says.

The group has at least three teams of analysts combing through the data. They seek out individual stories and other trends; federal and state law enforcement in various states have been notified of findings and determinations.

The True the Vote effort is significant as several ongoing so-called “audits” attempt to show what happened in the 2020 presidential election.

The Democrats in Washington, DC continue to push a federal election takeover plan – whether it is HR1, S1, or the John Lewis Voting Rights Act (HR4). The efforts of Democrats have either failed or stalled out in the evenly divided U.S. Senate as the filibuster has blocked their passage.