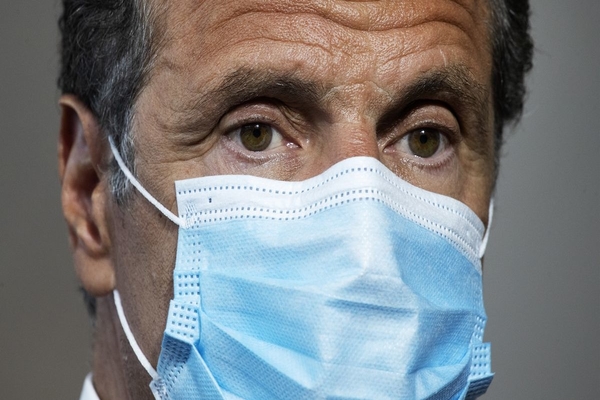 “We’ve been calling for subpoenas and a hearing for quite a while,” Montesano stated in an interview with Fox News. “This news of the last several days is extremely troubling to me, and I’m going to be asking today for his resignation, and I’m also going to be asking the legislature to look into, to explore filing articles of impeachment against the governor if he doesn’t resign.”

The New York Post reported Thursday Melissa DeRosa, Cuomo’s top aid, said in a call with Democrat lawmakers, Cuomo officials failed to publish data on the coronavirus death toll in nursing homes.  The fear was that figures are “going to be used against us” by federal prosecutors.

“Basically, we froze,” DeRosa said, claiming that then-President Donald Trump directed the “Department of Justice to do an investigation into us.”

Fox News was told by Montesano, who serves on New York state’s Oversight and Investigations Committee, that the Cuomo scandal has now turned “criminal.”

“The governor wants to talk about how our attacks on him are political,” the lawmaker added. “They’re not political, this we’ve had an inkling all the while that they were covering stuff up, and now she admitted that she covered stuff up because she knew the Department of Justice has an active investigation going on of the nursing home problems which a lot of us in the legislature, especially in the minority, requested that they do.”

More than 9,000 coronavirus patients in New York were put into nursing homes early in the pandemic. According to news records obtained by The Associated Press, it was a controversial directive that was scrapped due to criticism it accelerated outbreaks.

The number of coronavirus patients sent to nursing homes is 9,056, 40% more than previously released by the state health department. Did the March 25th directive from Gov Andrew Cuomo’s administration further spread the sickness and death among residents?  The state disputes the charge.

“The lack of transparency and the meting out of bits of important data has undermined our ability to both recognize the scope and severity of what’s going on” and address it, said Richard Mollot, the executive director of the Long Term Care Community Coalition, a residents advocacy group.