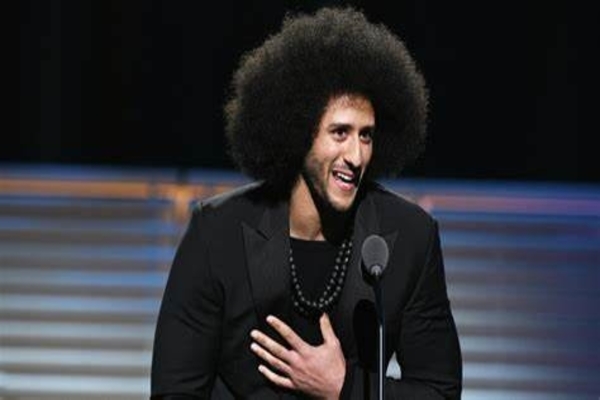 Colin Kaepernick, a former NFL player, claimed he was training for a pro football come back a short time ago, now he says the NFL compares to modern-day slavery.

In October, Kaepernick announced to his fans and the media he was keeping up his training to make an NFL comeback. Despite the five-year lapse, Kaepernick told Ebony magazine he trains 5-6 days a week at 5 am just in case he is offered another shot at the pros.

“Absolutely. I am still up at 5 am training five, six days a week making sure I’m prepared to take a team to a Super Bowl again,” Kaepernick exclaimed.

“That’s not something I will ever let go of, regardless of the actions of 32 teams and their partners to deny me employment. The same way I was persistent in high school is the same way I’m gonna be persistent here,” he insisted.

It seems even as he was dreaming of an NFL comeback while talking with Ebony, he was also filming his new Nexflix boi-doc comparing NFL to slavey.

In Colin in Black & White, his new mini-series on Netflix, the former quarterback accused the league of “picking, prodding, and examining” players as if they were slaves on an auction block in one scene. In the next scene, players were shown standing on an auction block with white men looking over them for purchase.

Kaepernick adds that treating players like cattle ahead of each NBA Draft is how the league establishes a “power dynamic” over young black men.

Why is a free man working so hard for what he calls “slavery”?