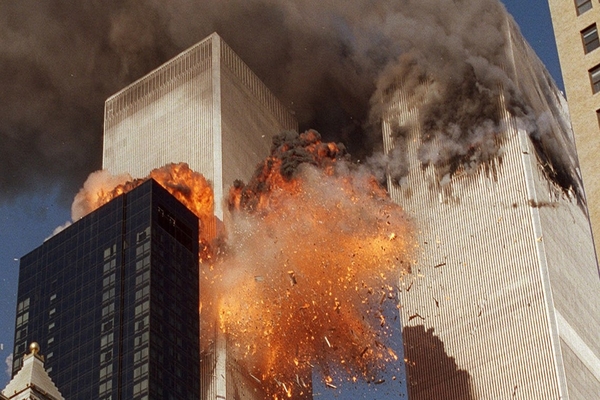 Huffington Post reporter S.V. Dáte claims that the Capitol riot was “1000 percent worse” than the terrorist attacks of September 22, 2011, repeating what leftists said in the weeks following the incident.

Dáte is the senior White House correspondent at the Huffington Post, initially responded to the Washington Examiner’s Bryon York’s detailed thread attempting to add perspective to the left’s desire to compare the two events.

“The 9/11 al Qaeda attacks killed roughly 3,000 people, brought down New York’s tallest skyscrapers, destroyed part of the Pentagon, crashed four passenger jetliners, and changed U.S. foreign policy for decades,” York said, explaining that the January 6 riot resulted in the “natural-causes death of one Capitol Police officer, the death of one rioter at the hands of police, the ‘acute amphetamine intoxication’ death of another rioter, and the natural causes deaths of two more.”

“Parts of the Capitol were ransacked, but not seriously enough that Congress could not meet and finish its work on the night of the riot. It was appalling, but nothing like September 11,”  York added.

It was Dáte’s argument the 9/11 terrorist attack “never threatened the heart of the American experiment.”

“The 1/6 terrorists and Donald Trump absolutely did exactly that,” he said. “Trump continues that effort today.”

Dáte was reminded by a commenter that United 93 was intended to crash into the U.S. Capitol, but due to courageous and sacrificial acts of passengers on the plane, it did not.

Byron York’s thread that this Huffington Post reporter is responding to is correct. There is no comparison whatsoever to 9/11, and it is an absolute slap in the face to anyone who lived through or lost loved ones during the 9/11 attacks.

“You think January 6th was worse than that?” he asked Dáte, who responded, “1000 percent worse”:

Democrats were criticized earlier this year by Sen. Tommy Turberville (R-AL) for making similar comparisons, liking the January 6 riot to 9/11.

“I think you’re seeing the Democrats just kind of throwing that back and say, ‘Listen, this was a 9/11 comparison,’” he said, repeating his stance that this “wasn’t even close.”