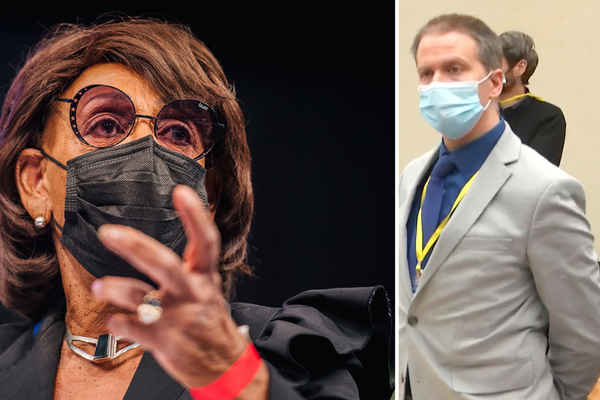 Rep. Maxine Waters (D-CA) was blasted by Judge Peter Cahill on Monday for her remarks that there should be unrest if the jury fails to convict Derek Chauvin in the death of George Floyd.

Judge Cahill responded to a motion by Eric Nelson, Chauvin’s defense lawyer, to declare a mistrial after closing arguments because of Water’s comments. The motion was denied, but Cahill agreed that Waters’s remark was so egregious that they created grounds for a possible appeal if Chauvin is convicted of murder or manslaughter.

“I’ll give you that Congresswoman Waters may have given you something on appeal that may result in this whole trial being overturned,” he said, later adding:

I’m aware of the media reports, I’m aware that Congresswoman Waters was talking specifically about this trial, and about the unacceptability of anything less than a murder conviction, talked about being confrontational — but you can submit the press articles about that. This goes back to what I’ve been saying from the beginning. I wish elected officials would stop talking about this case, especially in a manner that is disrespectful to the rule of law and to the judicial branch and our function. I think if they want to give their opinions, they should do so in a respectful and in a manner that is respectful to the Constitution, to respect the co-equal branch of government. Their failure to do so, I think, is abhorrent, but I don’t think it has prejudiced this, with additional material that would prejudice this jury. … A congresswoman’s opinion really doesn’t matter a whole lot.

Nelson complained that the jury had been exposed to vociferous opinions about the trial. One of the jurors lived nearby in Brooklyn Center, where Waters had joined protests over the recent police-involved shooting and where riots had also occurred.