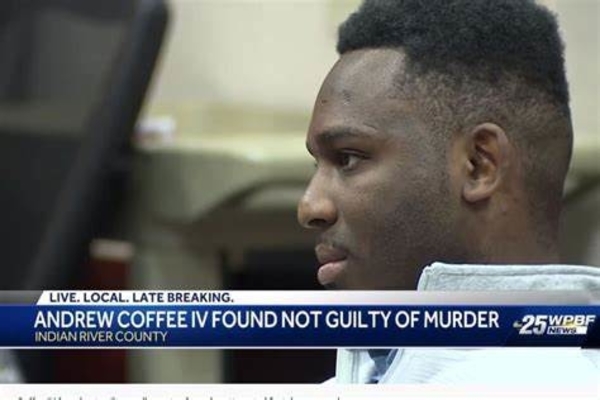 In Florida, a 27-year-old black man was acquitted of second-degree felony murder and three counts of attempted murder of a police officer on the same day Rittenhouse was found not guilty in Wisconsin.

The TC Palm reports “A.J.” Coffee IV was acquitted by a jury of the various murder charges; charges which date back to “a 2017 firefight between a Sheriff’s Office Special Weapons and Tactical team and Coffee IV at his home in the 4500 block of 35th Avenue.”

Coffee admitted shooting at the officers; however, he told the court he did so in self-defense.

Alteria Woods, his girlfriend, died after being shot ten times by a SWAT officer during the raid.

In his testimony, Coffee said he thought he was being robbed when SWAT entered during a 2017 raid. Allegedly, the officers broke out a rear window then “[used] a pole to detonate a flashbang.”

Coffee thought the pole was a rifle, saying he shot through the open window to defend himself.

Kyle Rittenhouse was acquitted of murder charges on Friday, Nov. 19, 2021. Geoffrey Ingersoll, editor in chief for Daily Caller, cited Coffee’s acquittal when reacting to people who claimed Rittenhouse would have been convicted if black: