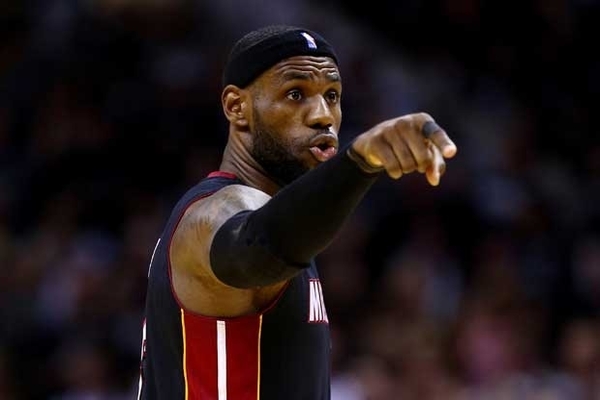 James shared a moment of the video in which Kyle Rittenhouse broke down, which caused a 10-minute break in the trial. Lebron suggested the teen “ate some lemon heads” before taking the stand, implying he sought sympathy by fake crying.

“What tears????? I didn’t see one. Man knock it off! That boy ate some lemon heads before walking into court,” James tweeted.

The basketball star was ratioed for the mockery.

LeBron James has a reputation for being a poor sport; with a history of Twitter rages in the past, he publicly threatened a white police officer for lawfully shooting a black teenager who was defending another black girl from being stabbed.

“You’re next,” he stated as he shared the innocent officer’s photograph all over social media. James later deleted the tweet.

Lebron accused Daryl Morey, Houston Rockets General Manager, of being uneducated about the Hong Kong situation when he angered the Chinese communist government in 2019 by publicly supporting the Hong Kong protesters.

“We all talk about this freedom of speech, yes, we all do have freedom of speech, but at times there are ramifications for the negative that can happen when you’re not thinking about others, and you’re only thinking about yourself,” James told reporters. “I don’t want to get into a … feud with Daryl Morey, but I believe he wasn’t educated on the situation at hand, and he spoke. So many people could have been harmed, not only financially, but physically, emotionally, and spiritually.”

James attempted to clarify his remarks by somehow making the National Basketball Association the victim as criticism flooded social media.

“My team and this league just went through a difficult week. I think people need to understand what a tweet or statement can do to others. And I believe nobody stopped and considered what would happen. Could have waited a week to send it,” James said immediately after on Twitter.