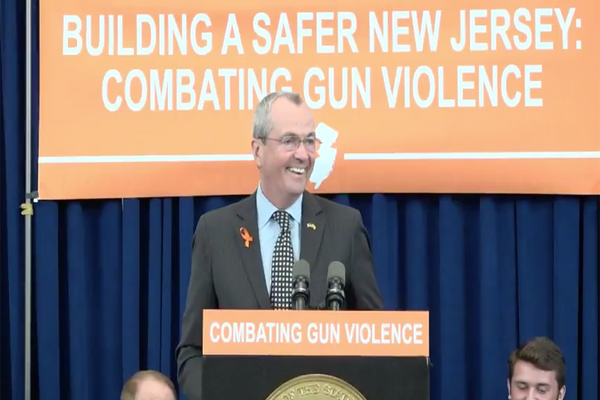 Gov. Phil Murphy (D-NJ) is calling for a .50 caliber rifle ban and ammunition purchase database as a way to fight gun crime in his state.

ABC7 notes, Murphy also wants “gun safety training” to be required as part of the process of obtaining a firearm ID card, gun storage obligations enacted, out of state firearms to have mandated registration, and relaunch “smart gun commission” and the requirement of microstamping, among other things.

Murphy’s ideas are failing, as they are already enacted in other states.

California, for example, already has ammunition gun control; South Los Angeles witnessed a spike of 742 percent in shooting victims during the first 16 days of 2021. California also has a microstamping requirement and firearm registration.

Regarding .50 caliber rifles, they are rarely, if ever, used in crime. And smart guns have proven to be anything but. A pistol with a biometric reader–a gun that locks like a smartphone – is difficult to unlock if the user’s fingers are wet, bloodied, or muddied:

“Just because we’ve got among the strongest gun safety laws and sets of laws in the nation does not mean they can’t be stronger,” Murphy said.

“New Jersey already boasts some of the strongest gun control laws in the nation,” the New Jersey Globe reports. Yet Lt. Gov. Sheila Oliver describes gun violence as “a constant burden and threat to the public health and well-being of our communities.”