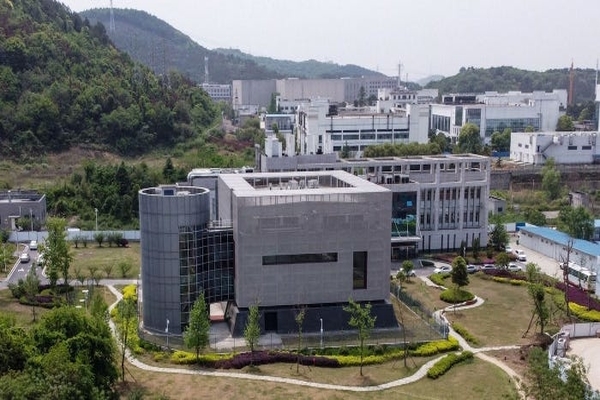 Sen. Tom Cotton (R-AR) noted that the lab leak hypothesis was “always reasonable” after the resurfacing questions on the origins of the Chinese coronavirus. He was criticizing “reporters and activists in white lab coats” for dismissing lab-leak theory.

“The common-sense case for a lab leak is the same as it was in January 2020, when I first mentioned the possibility,” Cotton said Monday following a Wall Street Journal report detailing a U.S. intel report finding that three Wuhan lab workers became sick and were hospitalized, exhibiting symptoms consistent with the Chinese coronavirus in Fall 2019.

“Isn’t it strange that this once-in-a-century bat coronavirus pandemic just happened to emerge within a few miles of China’s biggest laboratory researching bat coronaviruses? Shouldn’t we at least look at that lab?” he asked before citing the Wall Street Journal story specifically, adding that evidence of a lab leak “has been building for months.”

“The lab-leak hypothesis was always reasonable, but reporters & activists in white lab coats nonetheless spent the better part of a year denouncing it as a ‘conspiracy theory.’ They were wrong,” Cotton said, demanding “truth” and “accountability” and a “full, impartial investigation into COVID-19 origins, with a special focus on the Wuhan labs.”

The White House warned Americans from believing theories on the virus’s origins until a full investigation is completed.

“We have repeatedly called for the W.H.O. to support an expert-driven evaluation o the pandemic’s origins that is free from interference or politicization,” she said.  Why should Americans trust the World Health Organization (W.H.O.) when they downplayed and covered the treat.

Monday, Florida Gov. Ron DeSantis (R) signed a Big Tech measure, the Chinese coronavirus, and Big Tech censorship was tied together during the press conference.  It was used as an example of the impact Big Tech has had on the world narrative.

“Now we have information that this very well may have emanated from the Wuhan lab, that it was a leak from the lab. But you remember when people last year were raising that as something that needed to be investigated, they were de-platformed for talking about the lab leak,” DeSantis said.

“They were censored for having said that. And now, even Fauci admits that this may be something that very well is the case.  Are they now going to censor Fauci and pull him down off social media?” he asked.