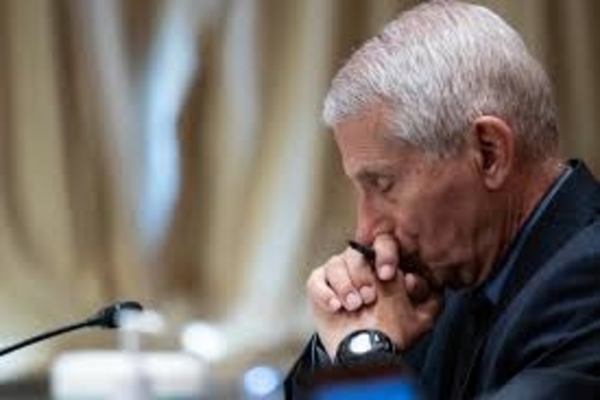 According to a report, President Biden’s chief medical adviser, Dr. Fauci, allegedly justified experimenting on contagious viruses as worth the risk of an accident in the laboratory, outlined his views in an October 2012 analysis in American Society for Microbiology from The Australian.

The Australian highlighted Fauci’s alleged remarks, “argued that the benefits of experimenting on contagious viruses – manipulating and heightening their infectious potency – was worth the risk of a laboratory accident sparking a pandemic.”

“In an unlikely but conceivable turn of events, what if that scientist becomes infected with the virus, which leads to an outbreak and ultimately triggers a pandemic?” the U.S. National Institute of Allergy and Infectious Diseases director reportedly wrote in the October 2012 piece. “Many ask reasonable questions: given the possibility of such a scenario – however remote – should the initial experiments have been performed and/or published in the first place, and what were the processes involved in this decision?” he reportedly asked, concluding that “the benefits of such experiments and the resulting knowledge outweigh the risks.” “It is more likely that a pandemic would occur in nature, and the need to stay ahead of such a threat is a primary reason for performing an experiment that might appear to be risky,” he continued, acknowledging that sloppy replications of the experiments remained a “valid concern.” Fauci has famously flip-flopped on the origins of the Chinese virus in recent weeks, claiming on May 11 that he is “not convinced” the Chinese coronavirus developed naturally.

“No, actually. … No, I’m not convinced about that. I think that we should continue to investigate what went on in China until we find out to the best of our ability exactly what happened,” Fauci told a PolitiFact reporter, who asked, “There’s a lot of cloudiness around the origins of COVID-19 [Chinese coronavirus] still, so I wanted to ask, are you still confident that it developed naturally?”

Fauci reversed course again days later, expressing the belief that it is “highly likely” that the virus first occurred naturally.

In the Rassmussen Report survey released on Wednesday, a majority expressed the belief that political considerations primarily drive Fauci’s decisions and statements about the Chinese coronavirus.