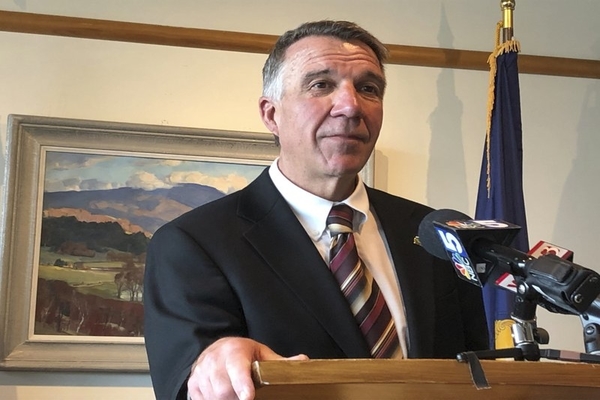 “This is an important policy discussion that deserves further consideration and debate,” Scott wrote in his vetoes:

Allowing a highly variable town-by-town approach to municipal voting creates inconsistency in election policy, as well as separate and unequal classes of residents potentially eligible to vote on local issues. I believe it is the role of the Legislature to establish clarity and consistency on this matter. This should include defining how municipalities determine which legal residents may vote on local issues, as well as specifying the local matters they may vote on. Returning these bills provides the opportunity to do this important work. [Emphasis added]

For these reasons, I am returning this legislation without my signature pursuant to Chapter II, Section l1 of the Vermont Constitution. I understand these charter changes are well-intentioned, but I ask the Legislature to revisit the issue of non-citizen voting in a more comprehensive manner and develop a statewide policy or a uniform template and process for those municipalities wishing to grant the right of voting in local elections to all legal residents. [Emphasis added]

A statewide policy as such could mean that legal immigrants with work visas and green cards would be allowed in Vermont to vote in local elections like school boards, mayoral and city council races.

In 2018 the city of San Francisco, CA gave non citizens the right to vote in local school board elections.

The policy has become a Democrat position, as Stacey Abrams – failed Georgia gubernatorial candidate – saying in 2019 she would not “oppose” non-citizens voting in local elections.