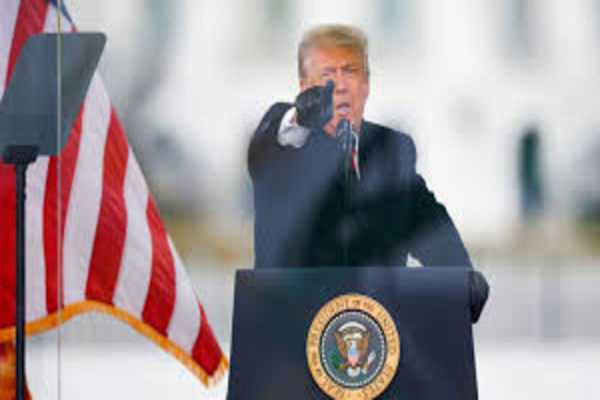 Rep. Jamie Raskin (D-MD) objected to the certification of the 2017 election results. He promised to impeached President Trump as soon as he took office. Raskin as the lead House impeachment manager, argues it is constitutional to impeach the former president.

If a trial is not held, Raskin told the Senators assembled, they would create a “January exception,” allowing presidents to commit misconduct before leaving office. Presidents are still subject to criminal law, including crimes committed during their presidencies after leaving office.

Raskin argued Congress had impeached Trump before he left office, suggesting the process was legitimate for that reason. He cited examples of states that intended impeachment to apply to former officials. The Founders believed that challenges to elections were grave abuses of powers of leaders.

Despite Blount’s absence, his impeachment trial began in the Senate on December 17, 1798, and quickly focused on the Senate’s right to try an expelled senator. In a narrow vote, the Senate defeated a resolution that asserted William Blount was an impeachable officer. In this vote, the Senate failed to make clear whether its decision stemmed from a belief that no senator could be impeached or from the belief that someone who ceased to hold a “civil office” also ceased to be impeachable.

Neguse moved on to the case of former Secretary of War William W. Belknap. He was tried even after he was impeached because he had resigned in the interim. Jonathan Turley, a constitutional scholar, noted, many Senators doubted whether they had jurisdiction to try an official who was no longer in office. “Almost half of the Senate voted on a threshold challenge to reject the very basis of the trial. He was ultimately acquitted,” Turley observed.

Neguse then cited Turley as if he believed that presidents could, in fact, be tried after leaving office. Turley refuted that argument in real-time.

Neguse later tried to anticipate the arguments of Trump’s lawyers. They have misread the Constitution to preclude a president from being barred from future office if he resigned before trial.

Congress has the power to impeach and try former presidents but had decided not to in the past as it is “unwise” argued Rep. David Cicilline (D-RI). Trump was a continual danger, he said. The Senate had to try him.

“It does not matter” that Cheif Justice John Roberts is not preceding over the current impeachment trial, he argued.