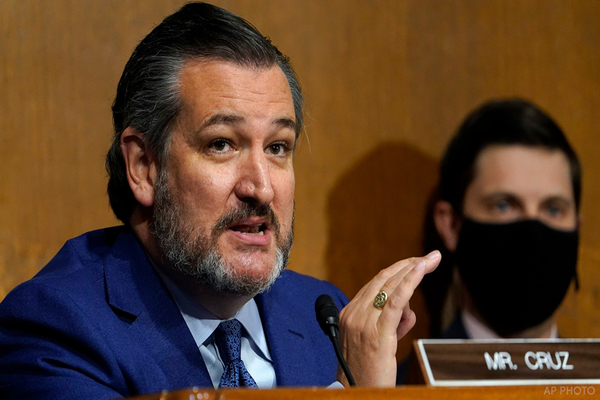 “I think the end result of this impeachment trial is crystal clear to everybody … Donald Trump will be acquitted,” Cruz said, according to The Hill. “And every person in the senate chamber understands there are not the votes to convict him.”

The Texas Republican’s remark came after House impeachment managers rested their case in the upper chamber’s trial by showing additional video evidence of last month’s U.S. Capitol riot, which left five people dead, including a U.S. Capitol Police officer. House impeachment managers charged that Trump incited the attack, and if convicted, the former president would be barred from running for the White House ever again.

In addition to Cruz, Sen. Lindsey Graham (R-SC) said that he believes Trump will ultimately escape conviction, despite being unimpressed with the former president’s legal defense team.

“I think his team will do better, can do better,” Graham told reporters. “I reinforced to the president, the case is over. It’s just a matter of getting the final verdict now.”

In separate remarks, Graham said of the trial, “The ‘Not Guilty’ vote is growing after today. I think most Republicans found the presentation by the House Managers offensive and absurd.”

In their third day of presentations, the Democrats presented video clips, tweets, and other evidence showing participants saying they attacked the Capitol at the behest of Trump.

In finalizing the case, they called on senators — particularly Republicans — to vote in favor of Trump’s guilt.

“We humbly, humbly, ask you to convict President Trump for the crime for which he is overwhelmingly guilty of,” Sen. Joe Neguse, D-Colo., said.

“Because if you don’t, if we pretend this didn’t happen, or worse, if we let it go unanswered, who’s to say it won’t happen again?”

Rep. Dianna DeGette, D-Colo., opened the day’s proceedings by saying that multiple video snippets and excerpts from court filings show that many Trump supporters who descended on the Capitol that day said they’d been invited by Trump and were acting on his orders.