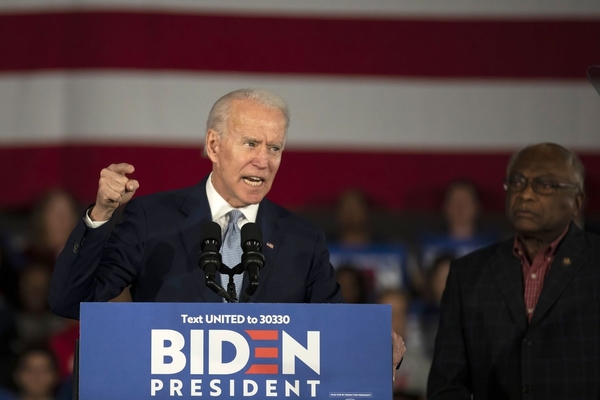 All eyes are on Georgia Senate run-off races to be decided on January 5, 2021

For those considering their pocketbooks, their small businesses, and their financial futures the stakes could not be higher.

Every American taxpayer-especially every small business owner should be watching the outcome of Georgia.

President-elect Joe Biden plans massive tax hikes that could hit every American in the bank account.  Small businesses could get socked with much higher taxes.

To enact his ambitious money-grab, Biden needs Democrats to win both Senate seats in the upcoming Georgia run-off.  If they win it would be enough to evenly divide the Senate, giving Vice President Kamala Harris the ability to swing control of the Senate to the Democrats and cast the deciding vote on issues that are split along party lines, tax hikes are an example.

Tax hikes that Biden and Harris promise to implement as top priorities once in office:

The Biden plan would raise taxes on individuals and businesses by between $2 trillion and $3 trillion over a decade, according to the recent estimates by the Tax Policy Center and the American Enterprise Institute.  According to the Tax Foundation, Biden’s plan would be the biggest tax increase since the late 1960’s while the country was struggling to pay for the Vietnam War and Lyndon B Johnson’s Great Society welfare programs.

In other words, if the Democrats succeed in the Georgia Senate races, the country could face a blue tidal wave of tax hikes.

Not only does Biden plan on hiking taxes for corporations, but he also plans to phase out the Qualified Business Income Deductions for incomes above $400,000.

Biden would also like to hike payroll taxes on income more than $400,000.

Corporate Tax Hikes Get Passed on to Workers and Shareholders

Corporate tax hikes indirectly hit households of all income levels because the burden of tax is borne by workers and shareholders.  Biden has been open in his plan to raise taxes on corporations.

Biden has promised to restore the penalty- which legally constitutes a tax on being uninsured. One of Trump administrations major accomplishments was to repeal the penalty attached to the individual mandate to buy health insurance.

Biden wants to expand the estate and gift tax by reducing the exemption amount to $3.5 million and increasing the top rate for the estate tax to 45 percent. This means family businesses and farmers would face higher taxes when passing on to the next generation.

Likely all these tax hikes will slow the economy.  Joe Biden’s economy likely will become to be known as ‘Slow Joe’ era.  If Republicans hold the Senate by winning the Georgia run-off, the economy may be rescued from the undertow of Biden’s tax hikes.