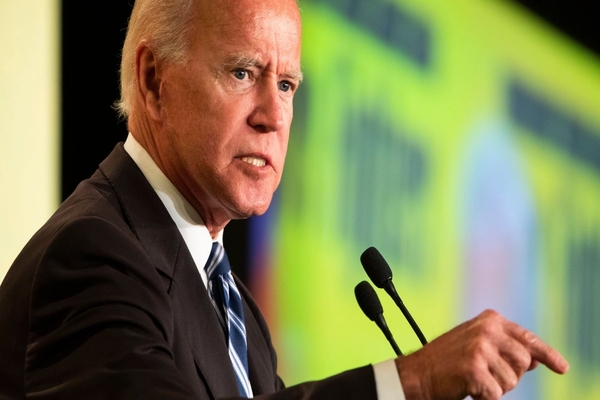 President Biden will outline his plan for an additional $1.8 trillion in spending to Congress on Wednesday evening.

According to the White House, his proposed American Families Plan will be outlined during his speech, the additional $1.8 trillion for free community college, free child care, free universal pre-school, paid leave, and more food stamps.

The American Families Plan would spend an additional trillion while also handing out $800 billion in tax cuts.

The plan will also expand the child tax credit through 2025 and the Obamacare health insurance tax credit. The earned income tax credit would become permanent.

“The President knows we need to do more to build a stronger economy that doesn’t leave anyone behind,” a senior administration official told reporters during a conference call Tuesday. “The American Jobs Plan and the Families Plan are once-in-a-generation investments in our nation’s future.”

In Biden’s first 100 days as president, he has reached the $6 trillion mark for proposed spending. $1.8 trillion for the American Families Plan, $2.3 trillion for his American Jobs Plan, along with the $1.9 trillion Coronavirus Rescue Package passed by a partisan majority of Democrats in March.

“The President will be proposing a set of measures to make sure the wealthiest Americans pay the taxes that they owe, while also ensuring that no one making less than $400,000 per year will see their taxes go up,” the White House official said to reporters.

The president’s speech will show the most expensive and radically left administration in American history with just 100 days in office so far.