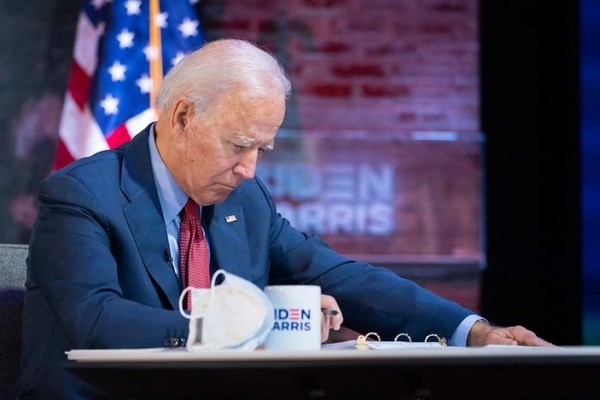 President Biden’s decision to regulate the deliveries of life-saving monoclonal antibodies to southeastern states is viewed as a politically motivated attempt to punish Republican states and could be fatal for black people.

A few days ago, Politico reported the Biden administration was going to ration the monoclonal antibodies from Regeneron, given that “demand from a handful of southern states … accounted for 70 percent of all orders in early September.”

The federal government has complete control over the distribution; there is no shortage of Regeneron.

The decision came even though the administration said they could not cut supply to those states; last week, Biden announced that “we will increase the average pace of shipment across the country of free monoclonal antibody treatments by another 50 percent.”

Biden’s approach, Politico said, would hurt ”GOP-led states… that have made the pricey antibody-drug a central part of their pandemic strategy, while simultaneously spurning mask mandates and other restrictions.”

The states affected include Alabama, Florida, Georgia, Louisiana, Mississippi, Tennessee, and Texas. All states but Louisiana have Republican governors.

On Thursday, Gov. Ron DeSantis (R-FL) noted over half of the sunshine state recipients of Regeneron monoclonal antibody treatment, distributed by the federal government, had been vaccinated before the breakthrough infection caused their illness.

Jen Psaki, White House press secretary, defended the restrictions in her press briefing, saying: “Our supply is not unlimited, and we believe it should be equitable.”  While she acknowledged there is no shortage of the life-saving drug, but insisted the distribution be “equitable” regardless of the need: “I think our role as the — as the government overseeing the entire country is to be equitable in how we distribute. We’re not going to give a greater percentage to Florida over Oklahoma.”

DeSantis vowed his state would seek to purchase monoclonal antibodies directly from GlaxoSmithKline, which manufactures the treatment under the name Sutrovimab, instead of buying it through the federal government.