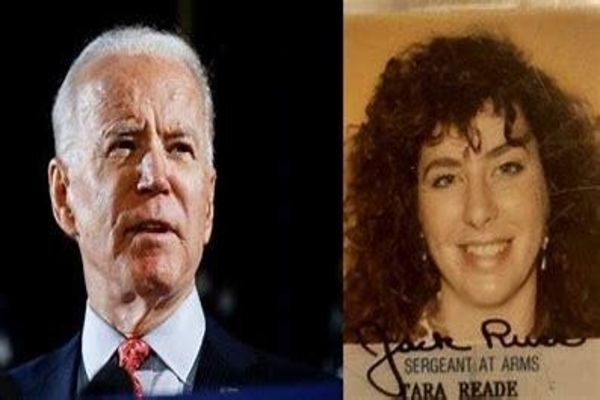 In light of Gov. Cuomo’s (D-NY) resignation and the investigation that found he had sexually harassed multiple women, Tara Reade has called for an investigation into Joe Biden and to “expose the corruption of protecting predators.”

Reade criticized the #MeToo organization Time’s Up for working alongside Andrew Cuomo to demonize his accusers.

“Time’s Up committed the most hideous betrayal to protect their most powerful friends and not only not protect survivors but cause harm,” Reade said.

“The revelations and Cuomo’s resignation is a signal to the powerful men with nasty behavior that survivors’ voices will be heard and their behavior no longer rewarded. Not from a governor and not from the president of the United States,” she added.

Once it was revealed that Time’s Up chairwoman Roberta Kaplan had advised Andrew Cuomo instead of supporting his accusers, she announced her resignation before Cuomo’s announcement.

Tara Reade penned a lengthy op-ed for Russia Today (RT) in which she described her devastation from the organization declining to take her case under their wing.

In 2020, I was trying to get some measure of protection and hire a lawyer. I went to Time’s Up in January of 2020 on a quest for an attorney. I also thought Joe Biden might drop out of the presidential race. Wishful thinking. I was on a conference call with a director at Times Up Legal Defense Fund and a staff member who were informing me I could not qualify for the public relations arm of their services.

A couple months prior, they had accepted my case and vetted it. I was being referred to lawyers that would possibly represent me. None from the organization ever did. However, they kept asking me everything about the case. I thought I had the safety of this non-profit that protected women and helped them bring forward their cases. I could not have been more mistaken.

In March of 2020, Tara Reade stated then-senator Joe Biden had sexually assaulted her while serving as an aide in his Senate offices during the Clinton administration in 1993. In multiple interviews, she detailed her account and filed a criminal complaint against the former vice president with the police department in Washington D.C.

Biden repeatedly denied Reade’s claims, and the White House insists the allegations have been “litigated.”

“I understand you’re eager to come back to it, but I don’t have anything further other than to repeat that he has called for the governor to resign,” Psaki added when asked about the lingering allegations against Biden.

Reade called on President Biden to resign in her statement to Fox News. “I hope for justice. Cuomo resigned today, and Biden should also resign,” she said.