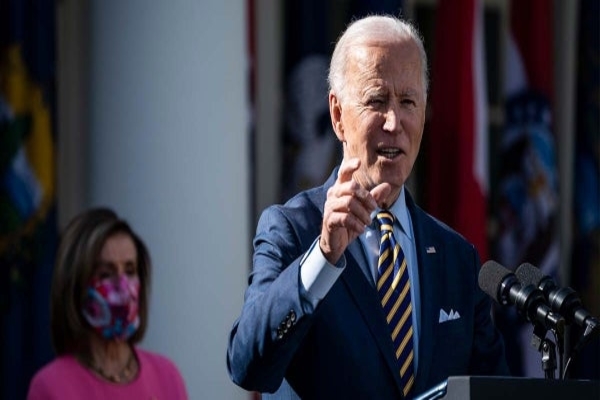 President Joe Biden looking to underwrite the economic program launched by the approval of his $1.9 trillion pandemic stimulus package, is considering a tax hike in Bloomberg’s report.  If successful, it would be the first significant increase in federal taxes in almost 30 years.

Tax Policy Center conducted an independent analysis of Biden’s campaign’s tax plan.  According to the report, it would raise around $2.1 trillion over ten years.

“His whole outlook has always been that Americans believe tax policy needs to be fair, and he has viewed all of his policy options through that lens,” ex-Biden economic aide Sarah Bianchi told Bloomberg. “That is why the focus is on addressing the unequal treatment between work and wealth.”

Bloomberg notes any tax increases that are passed would likely take effect in 2022.  As pandemic-related unemployment remains high, some lawmakers have called for the administration to hold off.

Democrats would need at least 10 Republicans backing the bill to move in under regular Senate rules.  GOP members were warned during the 2020 Biden campaign, and they are ready for a fight.

“We’ll have a big robust discussion about the appropriateness of a big tax increase,” Senate Minority Leader Mitch McConnell said last month, predicting Democrats would pursue a reconciliation bill that forgoes the GOP and would aim for a corporate tax even higher than 28percent.