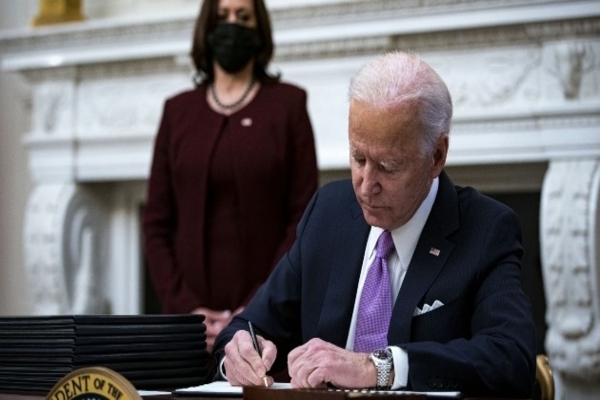 Hundreds of thousands of contractors will be affected by this announcement. Just weeks after Biden and Democrats in Congress attempted to raise the wage as part of the American Rescue Plan.

Senate Republicans opposed the move. The chamber’s parliamentarian ruled the wage hike could not be included in the bill because it was on track for budget reconciliation – a process by which Democrats passed the relief package without any GOP support.

“These workers are critical to the functioning of the federal government,” the White House said in a statement.

Next April, all federal agencies must pay contractors at least $15 per hour under the order in new contracts.

The current minimum wage for federal contractors is $10.95 and $7.65 per hour for tipped workers.

Biden’s order will also eliminate the tipped minimum wage for contractors by 2024; automatically adjust the minimum wage yearly due to rises in inflation, beginning in 2022; ensure a $15 minimum wage for federal contract workers with disabilities, and restore minimum wage protections to outfitters and guides on federal lands by revoking an order from former President Donald Trump.

“This executive order will promote economy and efficiency in federal contracting … by enhancing worker productivity and generating higher-quality work by boosting workers’ health, morale, and effort,” the White House added. “It will reduce turnover, allowing employers to retain top talent and lower the costs associated with recruitment and training.