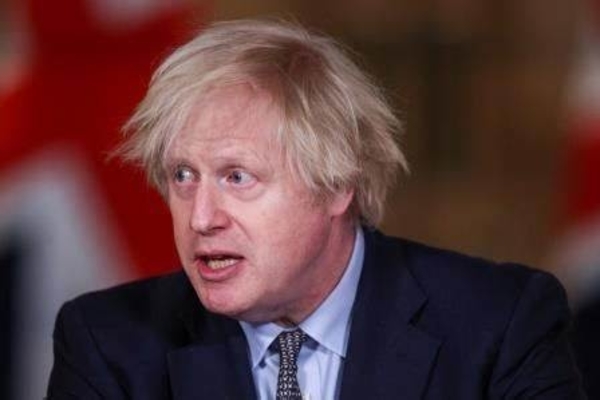 Prime Minister Boris Johnson has responded to the discovery of a new COVID variant by reintroducing mask mandates in shops and public transportation despite only lifting them in July.

On Wednesday, “Omicron,” a new coronavirus variant, was identified in southern Africa.

On Friday, the United Kingdom imposed travel restrictions on those coming from several African countries while requiring arrivals to quarantine in hotels for ten days.

On Saturday, the UK detected two cases of the Omicron variant, one in Essex in the southeast of England and the other in Nottinghamshire in central England. The patients were linked to recent travel from southern Africa, confirmed Health Secretary Sajid Javid. Mr. Javid said that the Omicron strain “may be more transmissible” than the dominant delta variety, and there remained the possibility “the vaccines that we currently have may be less effective” against it.

Later on Saturday, Prime Minister Boris Johnson held an impromptu press conference; he announced a “tightening up” of mask-wearing rules in shops and public transport.

Mr. Johnson told the press during his speech: “We will also be asking all of you to help contain the spread of this variant by tightening up the rules on face coverings in shops and on public transport.”

Sky News’s Nick Martin asked Johnson, “Can you just be a bit clearer about what you said about face coverings? You said it would be necessary to ‘tighten up’ on them. Are you tonight saying you’re going to make face coverings mandatory in whatever indoor spaces?”

Johnson confirmed the return of mandatory masks, saying, “On face coverings, what we’re looking at is retail and transport just going back to where you have to wear them in retail settings or on public transport.

“But the health secretary, Saj, will be setting out more in the course of the next day or so.”

Prime Minister Johnson said the measures are “temporary and precautionary.”

Other “targetted and proportionate” measures were announced during the prime minister’s speech, “as a precaution while we find out more” about the virus, including a testing regime of arrivals from across the whole world, where travelers must take a PCR test by the end of the second day of their arrival and to self-isolate until they have a negative result. People will not be stopped from undertaking international travel, however.

“Regardless of your vaccination status,” all coming in contact with anyone testing positive with a suspected case of Omicron will be told to self-isolate for ten days.

“We don’t yet exactly know how effective our vaccines will be against Omicron, but we have good reasons for believing they will provide at least some measure of protection,” Mr. Johnson said, as he urged more people to be vaccinated and boosted, announcing his government vaccine committee will look at the possibility of widening access to boosters to as many people as possible.

“The measures that we are taking today, including on our borders, on facemasks, are temporary and precautionary. We will review them in three weeks. At that point, we should have much greater information about the continuing effectiveness of our vaccines.”

“I very much hope that we will find that we continue to be in a strong position, and we can lift these measures again. But right now, this is the responsible course of action to slow down the seeding of the spread of this new variant and to maximise our defences so that we protect the gains we worked for so hard and so that we can continue to save lives,” the prime minister concluded.