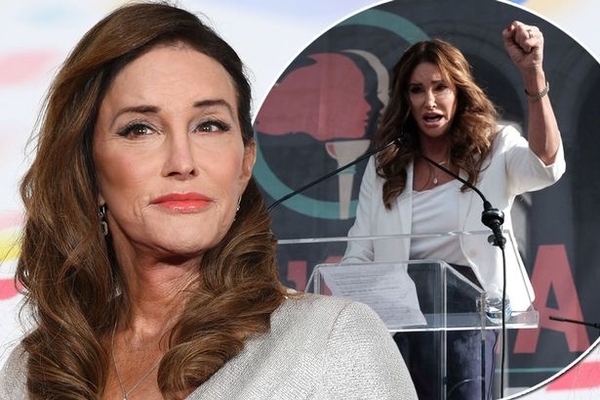 Jenner signaled that she wanted to reach his rightward, pro-Donald Trump audience, perhaps to shore up support against Republican rivals.

Sean Hannity, on his show Wednesday night, had a sit-down interview with Jenner and corrected him when he said he’s “pro-illegal immigration:

Fox News co-host Kayleigh McEnany followed up the interview by praising Jennifer for being “laser-focused” on fighting socialism.

Newsom’s strategy so far has been to tag the recall as the product of the Trump right, and his campaign was quick to point out that some of the former president’s campaign staffers are now working for Jenner.

Jenner didn’t exactly distance herself from the former president. When Hannity asked her about her feelings about him, she said, “What I liked about Donald Trump is he was a disruptor, you know,” she said. “He came in and shook the system up, OK. A lot of people didn’t like that in Washington, D.C., but he came in and shook the system up. I think he did some things that I agree with, some things I didn’t agree with on trans issues, LGBT issues. I was more hopeful at the beginning. And – but there were some good things he did.”

Jenner, though, had no such mixed feelings about Biden.

“I don’t think I’ve agreed with anything,” she said. “I don’t think, since he’s been in there, he has done anything for the American worker, maybe other ones…It is a 180-degree turn in our country, going the other direction, and it scares me.”