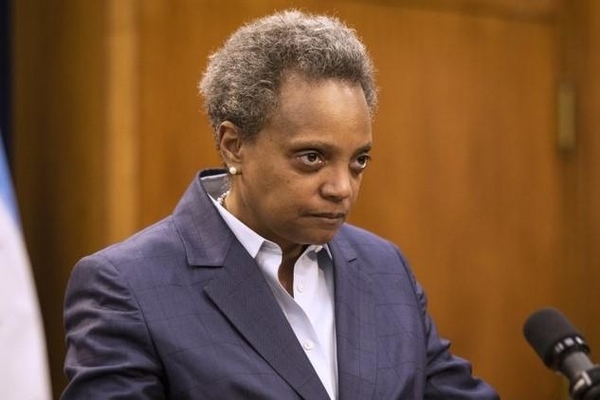 Chicago Mayor Lori Lightfoot (D) will send mental health professionals and paramedics to replace police on some 911 calls in her troubled city.

One future pilot program features a paramedic to be dispatched alongside a mental health clinician for “behavioral health calls,” the Chicago Times reported.

In another, a paramedic will work with a “recovery specialist in calls involving substance abuse.”

The restructure in response comes as Chicago Police pension board figures reveal that more cops have left in 2021 than they did in the whole of 2018.

As crime continues to erupt across the city, a total of 363 officers retired between January and June compared to 339 in 2018.

Chicago saw a dramatic spike in homicides and shootings in 2020; there has been more bloodshed in all but one year in more than two decades, as Breitbart News reported in June 2021.

The city saw three years of decreased homicide total; however, 2020 ended with 769 homicides – 274 more than the three previous years and the most since 2016 with 784 homicides.

There were 4,033 shooting victims last year compared to the 2,598 the previous year.

Mental health clinicians think the new arrangements will offset those losses at the front line and casualties as 911 centers will monitor the situations with their assistance.

What remains to be seen is just how well the new responders will de-escalate the violence that can erupt during such calls.

The Times outlines the new programs underwrite a “public health approach” to responding to 911 calls.

“We’re super excited,” said Alex Heaton, Lightfoot’s policy adviser for public safety. “This is a brand new workforce for the city, and it’s an exciting opportunity to use a public health approach for people likely to come in contact with the first responder system.

In August, the teams will respond to calls; the rollout comes as Biden ignored the city’s gun violence in his recent visit.

The $3.5 million plan — called Crisis Assistance Response and Engagement — was made public in a June 29 meeting of the mayor’s Violence Prevention Planning Committee.

Heaton said he hopes the program will get people the help they need instead of just having them spend time in police custody, according to the Times story.”