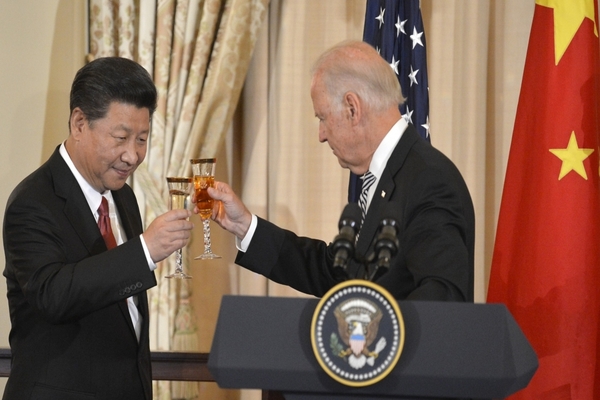 China states that any country boycotting the 2022 Winter Olympics can expect “serious sanctions” as the Communist Party of China rejects “genocide.”

Breitbart News reports, U.S. and British lawmakers have called for a boycott over Beijing’s ethnic cleansing against Uyghurs being imprisoned and subject to political “re-education” and surveillance of the masses in Xinjiang.

A coalition consisting of 180 right advocacy groups and politicians has demanded the International Olympic Committee (IOC) to remove China’s event.

But Hu Xijin, the editor of Global Times, warned Sunday “China will seriously sanction any country that follows such a call “and called China’s critics “just a band of disordered people.”

Hu Xijin took to Twitter to issue this threat:

Later in an editorial, he warmed his theme of punishing any opposition to China.

China is a sporting and economic power with growing political influence. If any country is encouraged by extremist forces to take concrete actions to boycott the Beijing Winter Olympics, China will definitely retaliate fiercely. China certainly has the resources and means to do that.

A boycott by the U.S. and the U.K. would be seen as a farce even in their own countries, with huge resistance and associated uncertainty.

As of yet, The U.S. government has no intentions of telling its athletes not to go.

The Biden administration could seek allied backing for the 2022 boycott. The last time the U.S. blocked athletes was the 1980 games in the former Soviet Union.