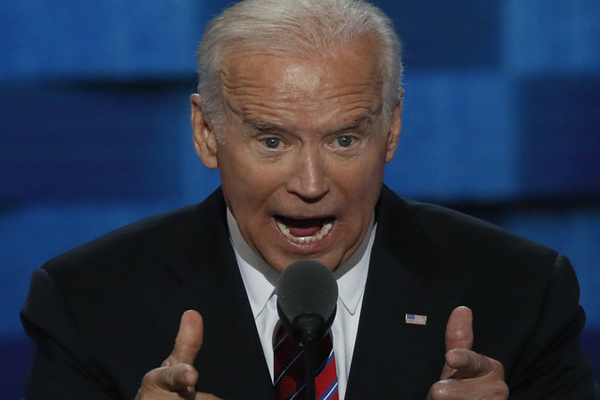 Reps. Mike Thompson (D-CA), John Larson (D-CT), and Lauren Underwood (D-IL) last week proposed the Gas Rebate Act of 2022 where American drivers would receive a $100 energy rebate per month for the remainder of 2022.

Upon introducing the bill, Thompson blamed the high gas prices on Russian President Vladimir Putin instead of Biden’s war on American energy independence. Increasing about a dollar throughout Biden’s first year, gas prices have risen about an additional 70 cents since the invasion began.

“Americans are feeling the impact at the pump of Vladimir Putin’s illegal invasion of Ukraine, and right now we must work together on commonsense policy solutions to ease the financial burden that my constituents are feeling,” Thompson claimed.

Thompson is not the only Democrat trying to reduce the price of gas heading into the midterms. Gov. Gavin Newsom (D) has proposed to counter Biden’s high gas prices by giving cash to drivers, according to the Wall Street Journal. “Mr. Newsom’s $11 billion relief package, unveiled Wednesday, includes $400 direct payments to Californians per vehicle they own, capped at two vehicles. The proposal doesn’t have an income cap.”

Back on the east coast, the Governor of Maine, Janet Mills (D), has proposed a budget gimmick that she says would hand out $850 in relief checks due to Biden’s 40-year-high inflation.

“Inflation and increased oil and gas prices resulting from Putin’s invasion of Ukraine are hitting Maine people hard,” Mills claimed, not mentioning the roughly $1.00 increase in the price of gas cost before the invasion. “This proposal will help Maine people grapple with these increased costs by putting money directly back into their pockets.”

Rep. Peter DeFazio (D-OR) has taken a different tact. He has proposed a tax increase on the oil industry, which would be given to Americans in the form of a tax rebate. The name of his legislation is the Stop Gas Price Gouging Tax and Rebate Act.

“It’s no time for profiteering or price-gouging,” DeFazio claimed. “This is why I’ve introduced the Stop Gas Price Gouging Tax and Rebate Act. My legislation would tax big oil’s excess profits in 2022 and return the revenue back to Americans.”

DeFazio blaming the oil companies for Biden’s high gas price comes as the industry is struggling with red tape that Biden has imposed. Specifically, Biden has made it increasingly more difficult for oil companies to gain financing to drill on private lands. Biden has also halted new drilling on public lands. Moreover, Biden has terminated the Keystone pipeline project that would have transported vast amounts of oil to American refineries.

Overall, Democrats have refused to take responsibility for the high gas prices, which has fueled inflation. For instance, what was once called “transitory” inflation is now “Putin’s price hike.” Before that shift, CNN labeled inflation “good,” which the Washington Post quickly reframed as “corporate greed.”