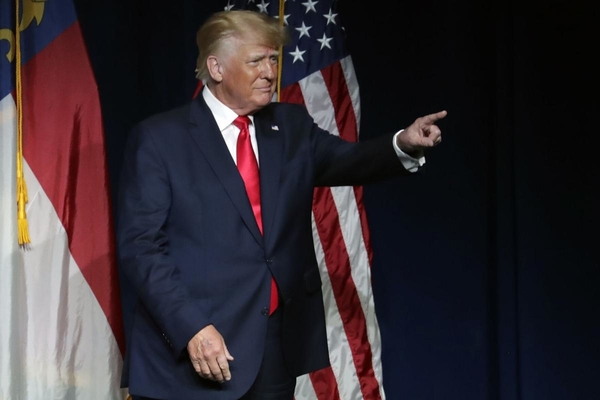 Former President Donald Trump hinted at his political future Saturday during a speech to Republicans in North Carolina while grappling with the ongoing criminal investigation of his business.

“You know what? It’s a disgrace to our country,” Trump said to his supporters. “It’s prosecutorial misconduct. They’re in search of a crime. It’s a fishing expedition.”

It’s a continuation of the five-year “witch hunt” and “hoax” used by his political opponents since he first took office.

After combing through tax returns, the prosecutors are reportedly pressuring the organization’s top officials to give up information to incriminate Trump.

The Manhattan district attorney delivered a subpoena to Jeffery McConney, senior VP and controller for the Trump organization, to testify before the grand jury one day earlier.

The president’s allies are signaling concerns as the procession presses Weisselberg and McConney.

New York Attorney General Letitia James announced in May that the investigation’s direction was “in a criminal capacity,” the Manhattan District Attorney Cyrus Vance Jr. is also working on the case.

Manhattan’s district attorney Cyrus Vance has announced a special grand jury for the investigation. According to the Washington Post, it is expected to be impaneled for six months to hear evidence about Trump’s business.

People from Trump’s past who have already turned on the president have resurfaced.

Michael Cohen, Trump’s former lawyer, has met repeatedly with the Manhattan District Attorney on his case.

“I have not been called to testify yet, but I’ve been very forthcoming since the beginning of all this that I would love nothing more than my day in court and to give a deposition and to provide whatever evidence that they need from me,” Daniels said.