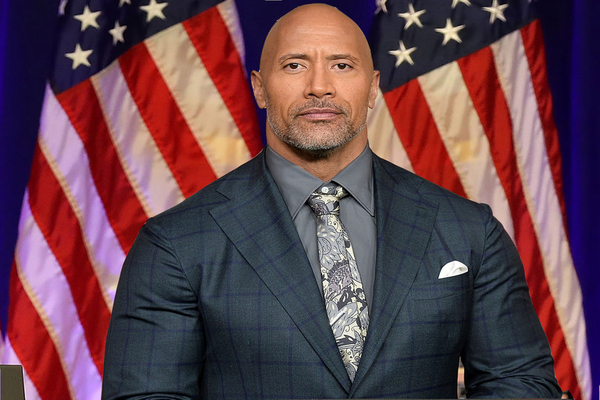 Dwayne “The Rock,” Johnson said he would “consider” running for president. He has a fundamental “ambition to unite our country.”

Hollywood actor, former WWE superstar, and Joe Biden backer said he would “consider” taking the plunge into politics if the American people want him to run for president. Johnson told Willie Geist on Sunday Today, “If this is what the people want, then I will do that.”

“If the time comes where there is a good amount of people who want to see that happen, then I’m going to consider it,” Johnson added.

Weeks ago, Johnson shared a screenshot of a Newsweek headline detailing a poll. Forty-Six percent supported the prospect of The Rock running for president.

Johnson went on to say that the people will ultimately “lead and inform” his decision to run.

“And if that is in fact, what they want, then I’m going to take another drink of my Teremana, and I’m going to say, ‘OK, let’s do it,’” he added.

The star avoided politics before throwing his support behind left week groups like Black Lives Matter and Joe Biden.

Johnson hammered President Donald Trump amid the protests and violence over the death of George Floyd, backing BLM.

“Where is our leader at this time, when our country is down on its knees begging, pleading, hurt, angry, frustrated, in pain? Begging and pleading with its arms out, just wanting to be heard,” Dwayne Johnson said at the time. “We must say the words, Black Lives Matter.”

“You guys are both experienced to lead; you’ve done great things. Joe, you’ve had such an incredible career, and you’ve led with such great compassion, heart, drive, and soul,” Johnson said, explaining his endorsement and referring to then-Sen. Kamala Harris (D-CA) as a “certified badass.”