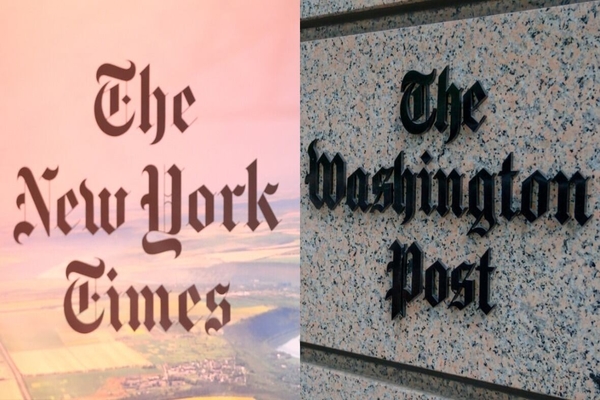 Congress was told by representatives of Big media they need a special antitrust exemption to defend their industry at a hearing of the House Judiciary Committee.

Citing talking points, they have used for the past four years; Establishment Media pushes for more advantages, including Big Tech’s censorship. The alternative is to allow “misinformation” to thrive.

Discussion of the Journalism Competition and Preservation Act, a deceptively titled piece, would allow Big Media to form a cartel that would be illegal under antitrust law. The carte’s purpose would be to secure more advantages from Big Tech companies.

Chavern Called news media an “essential part of our democracy,” He also says that Big Media is “under threat” and needs to be bailed out by Congress’s proposed antitrust exemptions.

“Congress’s help is needed to combat that threat,” said Chavern.

Praising the media’s work covering “catastrophic weather events” (which usually is blamed on “climate change” by the media) and “public health crises,” Chavern said that local journalism has  “acted as a clear antidote to the scores of misinformation impacting communities across the country.”

Chavern admitted that “our readership is at its highest levels ever” but argues that the media needs help from the government.

Chavern complained that the algorithms of Big Tech determine “when and if the news will be seen in search results” and “how news is presented to users,” even though Big Tech companies, including Facebook, now openly boast about boosting so-called authoritative sources in their algorithms, at the expense of independent media.

As Google has boasted, Big Tech also pours billions of dollars into Big Media to prop up the widely distrusted establishment news industry.

Emily Barr, CEO of Graham Media Group, also said Congress should support the bill due to the danger of “misinformation.”

Barr said the bill should be passed “swiftly” as local TV and radio stations provide a “civic bond” for communities, preventing the spread of “misinformation.”

“Misinformation,” along with “fake news,” is a term that became popular in the media after the election of Donald Trump as President in 2016.