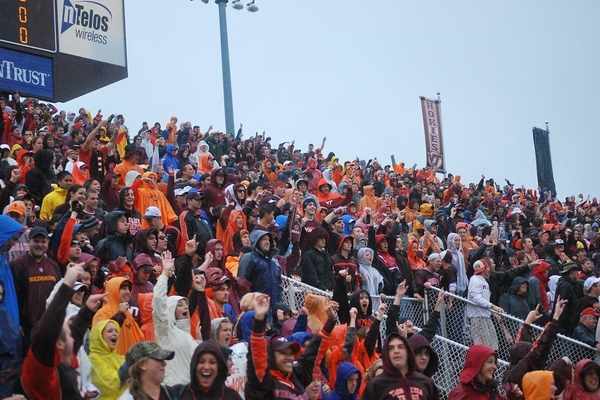 The administration at Virginia Tech moved to censor students from cursing F**k Joe Biden at the weekend football games.

Citizens are traditionally granted the privilege to criticize their leaders in free societies. However, in the struggle against “disinformation,” the Left will overturn such a right as they attempt to crown Biden as the Emporer of the United States.

Virginia Tech, in a statement, condemned the cursing, promising to silence any future criticism of Biden; the three-word chant was called “selfish, inappropriate, and embarrassing student behavior at home football games. What we have heard falls short of Virginia Tech standards – and most importantly, creates an unsafe environment for all who attend.“

Nearly every home game this season, the boisterous “F**k Joe Biden chants have erupted throughout the Hokie’s stadiums, with students expressing their disapproval of Joe Biden. Even louder chants are heard at Coastal Carolina University and the University of Texas football games.

Virginia Tech is making moves to restrict university students from attending the games as a punishment for their bad behavior while segregating some of the boisterous students from experiencing game attendance.