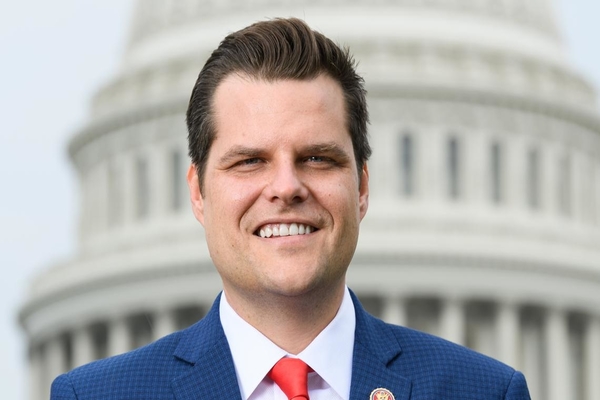 The alleged extortion scheme to congressman Matt Gaetz, father of $25 million, fund a black op to free rouge CIA operative Robert Levinson from detention in Iran.  According to leaked texts obtained by The American Conservative, may have been run out of the Israeli consulate in New York.

Three screenshots of texts between Scott Adams, creator of Dilbert, and Jake Novak, media director of the Israeli consulate in New York City, were shared with TAC. The messages were authenticated by one of the parties to them.

In the first screenshot, Novak messaged Adams last Saturday to tell him about the investigation into Gaetz. The New York Times story on the Gaetz investigation was not published until Tuesday.

Novak appears to represent himself as deeply involved in freeing Bob Levinson from Iran in the second.  Telling Adams, “this is screwing up my efforts to free Bob Levinson.”

“Gaetz’s dad was secretly finding [sic] us,” he continues. “So I’m very much wanting this to be untrue. I’ve got a commando team leader friend of mine nervously waiting for the wire transfers to clear.”

In the third screenshot, Novak casts doubt on Gaetz’s claims that he is being extorted. “The real documents do not extort,” he writes, “And we only asked for $25 million as an estimate at first. We came way down.”

Over the weekend, Gaetz retweeted the TAC story as shared by Raheem Kassam:

“Despite the family members of Levinson saying in March 2020 that they presumed him to be dead based on information given by U.S. officials, the alleged message from Kent said he had located Levinson in Iran and has two ‘proof of life videos,'” The Washington Examiner reported. “Kent also requested the Gaetz family’s help returning Levinson in exchange for giving Matt Gaetz credit for the operation and promising a presidential pardon for unnamed legal issues.”


The next day, on March 17, Don Gaetz purportedly met with Kent, and Kent handed him a three-page document outlining “Project Homecoming.” That document detailed a plan to save Levinson at the cost of a $25 million loan.

“In exchange for the funds being arranged, and upon the release of Mr. Levinson, the team that delivers Mr. Levinson to the President of The United States shall strongly advocate that President Biden issue a Presidential Pardon, or instruct the Department of Justice to terminate any and all investigations involving Congressman Gaetz,” the document reads.

Gaetz’s father contacted the FBI about the alleged extortion attempt and was going to wear a wire to blow the whole operation wide open while making his first $4.5 million payment, but someone tipped the New York Times off before the sting could go through.


“This former Department of Justice official tomorrow was supposed to be contacted by my father so that specific instructions could be given regarding the wiring of $4.5 million as a down payment on this bribe,” Gaetz said. “I don’t think it’s a coincidence that tonight, somehow, the New York Times is leaking this information, smearing me, and ruining the investigation that would likely result in one of the former colleagues of the current DOJ being brought to justice for trying to extort me and my family.”

The 17-year-old in question “doesn’t exist,” Gaetz said, adding that he has “not had a relationship with a 17-year-old. That is totally false.”

Though Gaetz’s story in the Examiner got a fair bit of coverage, the leaked texts from TAC showing the Israeli consulate may have been running the operation have been completely ignored.