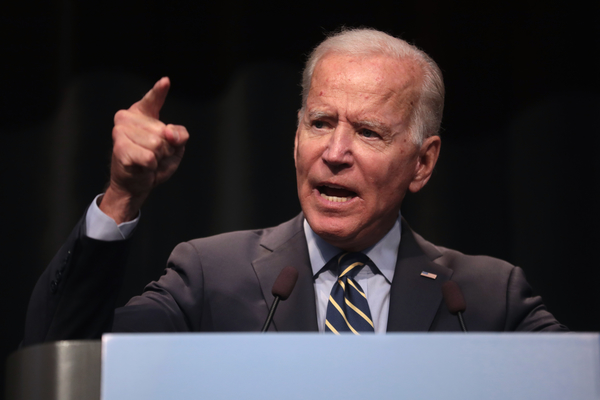 President Biden has done a “poor” job uniting the country, as the majority of Americans indicated in a recent Rasmussen Reports survey released Tuesday.

“Has America become more united or more divided since last year’s election, or has it remained about the same?” Also asked in the survey.

The solid majority of voters, 64 percent said the country is “more divided” since the last election, while 23 percent said it is “about the same.” With 11 percent saying it has been “more united,” and three percent are “not sure.”

Majorities in every racial group – 65% of whites, 52% of black voters and 66% of other minorities – agree that America has become more divided since the last election. However, black voters (40%) and other minorities (39%) are more likely than whites (26%) to rate Biden excellent or good in terms of keeping his campaign promise to unite Americans.

Bided highlighted unity in his campaign, it was mentioned several times in his inauguration address.

“I know speaking of unity can sound to some like a foolish fantasy. I know the forces that divide us are deep and they are real. But I also know they are not new,” he said, warning of “no peace, only bitterness and fury” without unity.

However, weeks ago, Biden broke his unity pledge when he blamed the unvaccinated for the state of the pandemic during his speech on coronavirus.

We’ve been patient, but our patience is wearing thin. And your refusal has cost all of us,” he said.

“The bottom line: We’re going to protect vaccinated workers from unvaccinated co-workers.  We’re going to reduce the spread of COVID-19 by increasing the share of the workforce that is vaccinated in businesses all across America,” he added.