Project Veritas released a newly leaked document today provided by an FBI whistleblower, which shows how the Bureau classifies American citizens it deems to be potential “Militia Violent Extremists” [MVEs].

In the document, the FBI cites symbols, images, phrases, events, and individuals that agents should look out for when identifying alleged domestic terrorists.

The “Unclassified/Law Enforcement Sensitive” document says it is for “FBI Internal Use Only.” 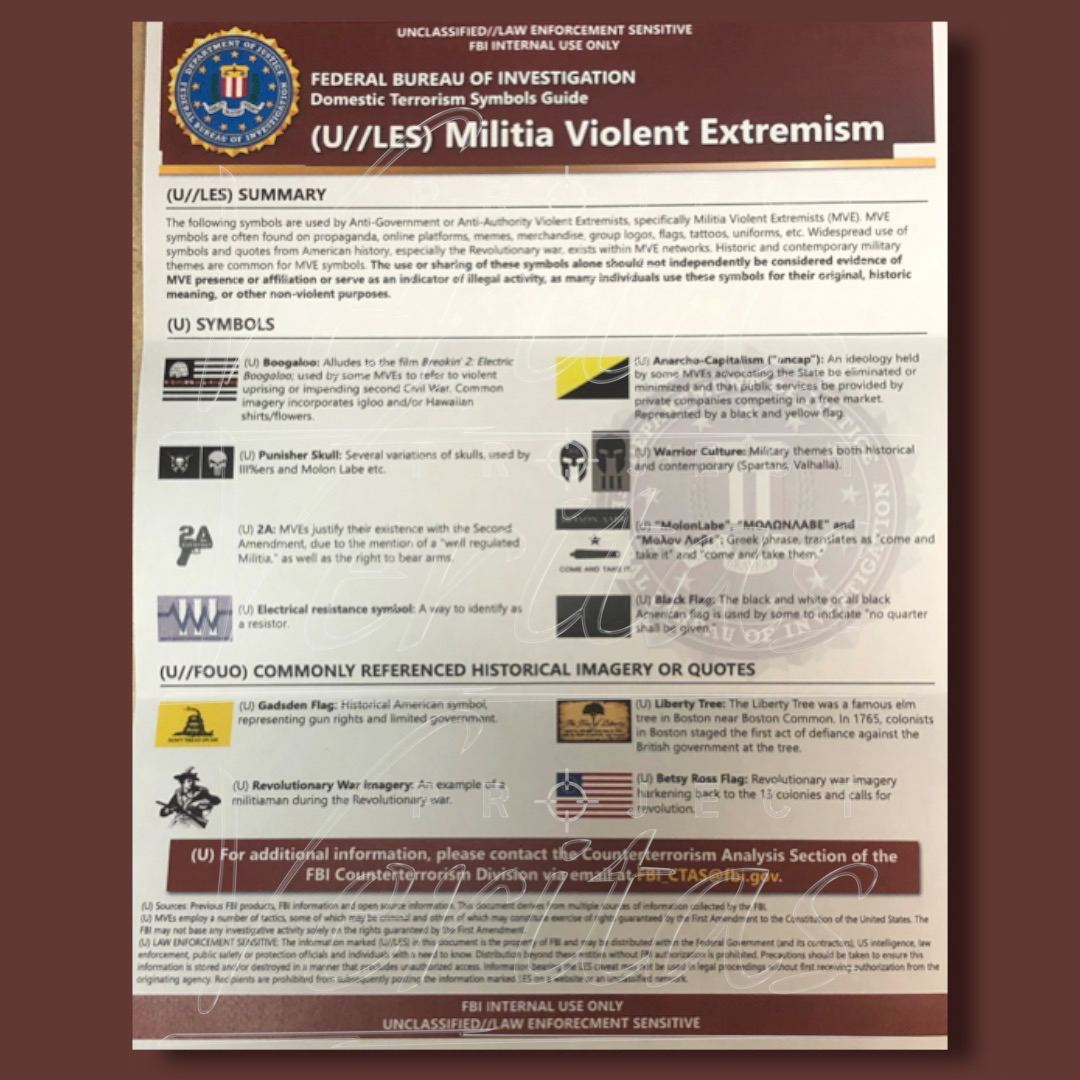 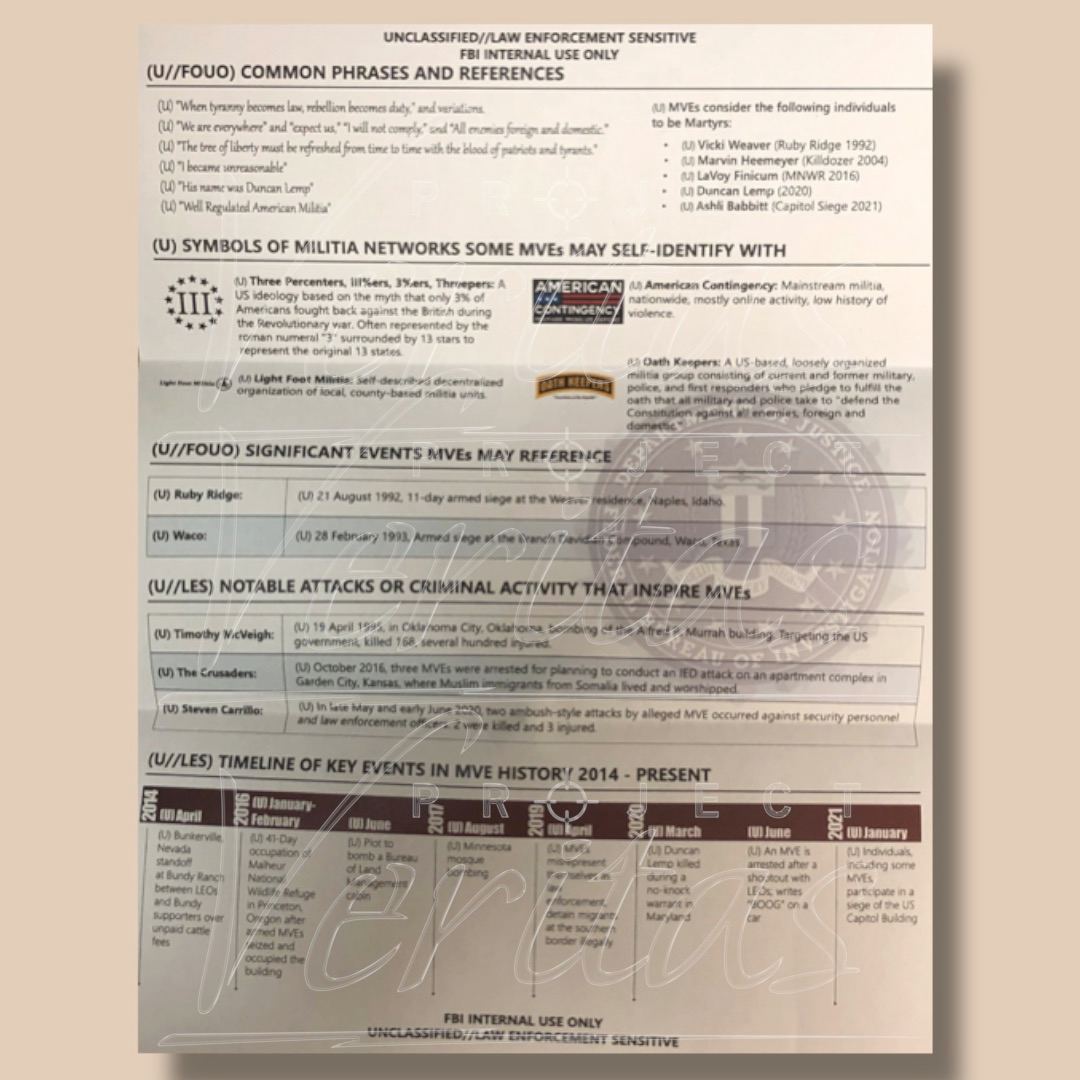 Right below that, under the “Commonly Referenced Historical Imagery and Quotes” section, Revolutionary War images such as the Gadsden Flag and the Betsy Ross Flag are listed. Each flag displayed in the document comes with a brief description of what it means.

Under the “Common Phrases and References” section of the leaked document, Ashli Babbitt is cited as a person that MVEs consider to be a Martyr.

The same document also refers to Ruby Ridge, Waco, and even Timothy McVeigh, tying in traditional American ideas and symbols with radical and/or violent events in the past.

The document says specifically that attacks which “inspire” so-called “MVEs” are:

– “The Crusaders,” a group arrested in Oct 2016, that included an FBI informant, which allegedly planned an IED attack on an apartment complex in Garden City, Kansas housing Somali immigrants

– Steven Carrillo, a BLM rioter who carried out two ambush attacks against security personnel and law enforcement in late May and early June 2020 during the George Floyd riots.

This is utter gibberish. The FBI is training law enforcement to see normal American patriots as terrorists.

(washingtonexaminer) - With the midterm elections fading into memory,...
Uncategorized

WARNING: The Arizona Voting Machines Disaster In Maricopa County Is Even Worse Than We Thought