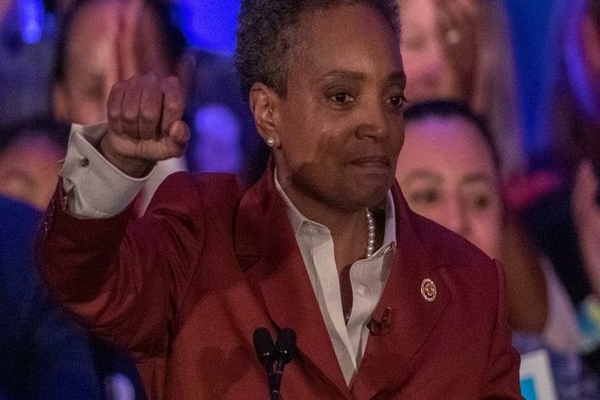 The Chicago Sun-Times reports the weekend’s first fatal shooting was discovered at 7:25 am on Saturday. A 33-year-old man with gunshot wounds was found wounded on the sidewalk “in the 700 block of North Ridgeway Avenue.” He was taken to a hospital and pronounced dead.

Less than 12 hours later, an unknown vehicle approached and shot the 33-year-old victim multiple times on the 700 block of North Ridgeway. The victim’s body was found lying on the sidewalk. According to authorities, he was taken to Stroger Hospital, where he was pronounced dead.

The third fatal shooting occurred at 12:05 am on Sunday. A 27-year-old man was shot numerous times “at a gathering…in the 5900 block of West North Avenue.” He was pronounced dead at a hospital.

Previously, the Chicago Mayor blamed the coronavirus epidemic for the continued outbreaks of gun violence in the city on MSNBC.

HeyJackass.com explained that 3,346 people had been shot and wounded in Chicago thus far in 2021, and another 706 have been shot and killed.