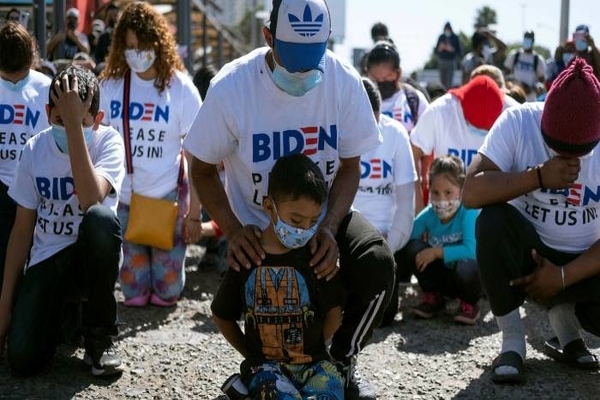 A group of illegal aliens admitted they’re trying to get into the United States because “Joe Biden said it would be easy.”

The video posted by Todd Bensman, a fellow at the Center for Immigration Studies.

A video posted of Haitian illegals on a charter bus, claiming they would be dropped off in various states around the country:

“These three predators had convictions for aggravated criminal sexual abuse and sexual assault of minors,” Del Rio Sector Chief Patrol Agent Austin L. Skero II said in a written statement. “We continue to see an increase in convicted sex offenders entering the country illegally, and I credit our agents and law enforcement partners for quickly identifying them and ensuring that they do not make it into our communities.”

All migrants apprehended by Border Patrol agents undergo criminal history searches.  Agents discovered a conviction for the Sexual assault of two minors in 2014.  The court sentenced the Mexican national to ten years in prison.  He was deported to Mexico in 2017 by U.S. Immigration and Customs Enforcement (ICE) Enforcement and Removal Operations (ERO) officers.

A large group of migrants crossed the border 3 hours later; Carrizo Springs Station Border Patrol agents processed the migrants.  Two men were found to be Mexican nationals with convictions in their criminal history.  One of the men had been sentenced for sexual assault of a child in 2015 and sentenced to five years probation.  ERO officers deported him to Mexico that same year.  The second man was sentenced for criminal sexual abuse in 2009 with a sentence of two years probation.  ERO officers deported him to Mexico in 2009.

All three Mexican nationals now face federal felony charges for illegal re-entry after removal as a deported sex offender. If convicted, each could face up to 20 years in federal prison.

Biden said maybe he should be flattered they are coming because he is a nice guy.