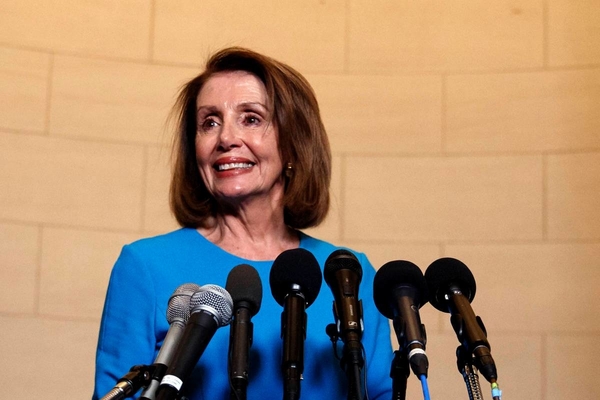 (breitbart) – Rep. Ted Budd (R-NC) sent a letter to House Speaker Nancy Pelosi (D-CA) on Thursday urging her to stand up for veterans by requiring the Department of Veterans Affairs (VA) to acknowledge illnesses caused by burn pits and toxic materials.

The U.S. Senate unanimously passed bipartisan legislation called the Health Care for Burn Pit Veterans Act on February 16, 2022, which would require the VA to recognize the connection between the illnesses of post-9/11 veterans and exposure to burn pits and toxic materials. Budd asked Pelosi to “expeditiously bring to the floor” the legislation for a vote in the U.S. House, with the hopes of quickly sending the bill to President Joe Biden’s desk for approval. Budd said in his letter to Pelosi:

Congress has an obligation to care for our veterans who made significant sacrifices in the preservation of our freedoms during the War on Terror. I am confident that S. 3541 will overwhelmingly pass the House. Therefore, given how long burn pit exposed veterans have waited for the care they deserve, the House must advance this critical legislation immediately.

According to the Washington Post, the U.S. military used burn pits “throughout Iraq and Afghanistan to dispose of waste, medical and hazardous materials, and jet fuel, exposing veterans to toxins that have caused long-lasting medical problems.” However, veterans exposed to burn pits “often face difficult disability benefit claims processes” with the VA to access the health care they need.

Another Post report noted that between 2007 and 2020, the VA denied almost 80 percent of all disability claims related to burn pit exposures, claiming there is “scant and inconclusive evidence” on whether burn pits are the cause of these illnesses.

The bill, which is co-sponsored by every member of the Senate Veterans’ Affairs Committee, would update the VA’s healthcare and benefits for veterans exposed to toxic substances. It would also extend the eligibility period for VA hospital care and other medical services for veterans who served after September 11, 2001 and were “exposed to toxic substances, radiation, or other conditions, including those who did not enroll to receive VA care during the eligibility period,” according to the bill summary.

The VA would additionally be required to annually train its healthcare and benefits personnel on the matter and “analyze total and respiratory disease mortality in veterans who served in specified locations on specified dates.” The VA would be required to conduct a study to determine trends in the rates of the incidence of cancer in veterans and publish resources for veterans, families, and caregivers.

A Post column pointed to activists’ comparison of the VA’s neglect of veterans with burn pit-related illnesses to the Agent Orange debacle following the Vietnam War. Agent Orange is an herbicide the military used to clear jungles that “sickened thousands of veterans, but it took the government years to recognize its effect.”

“The government would do well to avoid another such disgraceful episode. As the United States grapples with the legacy of its war in Afghanistan, it should not avoid facing the immense toll that such conflicts have had on our troops,” the column reads.