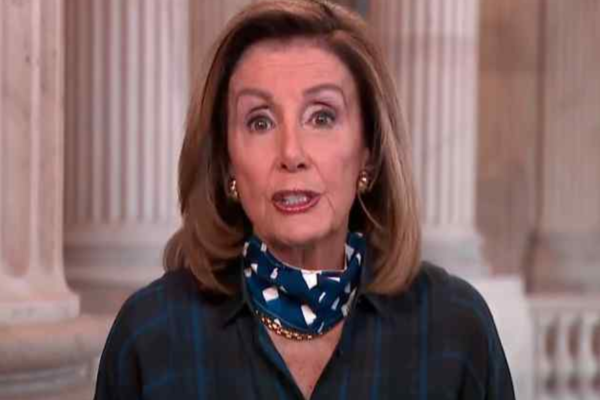 (breitbart) – “Democrats are a bit of a mess right now” heading into the November midterms, left-leaning Punchbowl News reported Wednesday about the Democrats’ “most consequential” yearly retreat, occurring this week in Philadelphia.

The Democrats are in a “mess” for various reasons, some of which are self-inflicted and others because voters oppose what the Democrats are selling, such as defunding police and spending trillions of dollars during 40-year-high inflation.

The first reason Democrats are in trouble, the Democrat-leaning outlet outlined, is because of 31 House retirements. Democrats are retiring because they see little chance of retaining the House. Retirements are important for Republicans due to the incumbents’ advantage.

Another reason the Democrats fear November elections is because the party is divided. Three House democrats responded to Biden’s State of the Union Address, Punchbowl noted. Rep. Rashida Tlaib (D-MI), for instance, rebutted Biden in her progressive caucus speech by suggesting Biden had not done enough to enact the Green New Deal.

Biden’s speech, meanwhile, totally ignored his principal legislative initiative, Build Back Better, which failed in 2021 due to Biden’s 40-year-high inflation. Sen. Joe Manchin (D-WV) was the underlying reason the initiative failed. Spending massive amounts of money during inflation would further hurt the economy, Manchin stated. Radical Democrats have since slammed Manchin for being honest about the economic situation.

The Build Back Better failure underscores the “frayed” trust Democrats have amongst one another. Punchbowl News suggested that frayed trust has impacted the way in which Democrats have managed the recent oil crisis.

“House Democrats were ready to move on a bipartisan, bicameral Russian sanctions bill until the White House pulled the rug out from under them over the oil embargo and differences on trade policy,” Punchbowl reported. “Speaker Nancy Pelosi is going ahead with a vote anyway – despite some misgivings from the moderate wing of the party.”

Sagging poll numbers are also detrimental for Democrats. Biden’s approval rating is in the high thirties, which is threatening to drag down congressional races. Democrats will have a difficult November if the leader of the party is underwater.

However, Republicans have the wind at their backs. The Democrats’ poor management of the deadly Afghan withdrawal, inflation, supply chain woes, the fentanyl crisis, the southern border invasion, and high gas prices have shifted the political spectrum towards the right.

Sensing a win in November, Sen. Rick Scott (R-FL) has laid out a plan to enact upon victory. The plan is called, “Plan to Rescue America,” and focuses on implementing the following:

The plan is widely supported by voters, but is opposed by Sen. Mitch McConnell (R-KY), who may fear the plan could be an attempt to oust him as GOP leader. Scott has not said he wants to become leader, but Donald Trump has reportedly asked Scott to challenge McConnell.

Under McConnell’s tenure, the national debt has risen by nearly $20 billion, illegal immigration has continued, and real wages for American workers have not grown since the 1970s. Obamacare was enacted in 2010. Big banks were bailed out in 2008, and social media companies have silenced individuals without repercussions. In October, McConnell caved to Democrats’ demands and raised the debt ceiling, enabling Democrats to forward President Biden’s “Build Back Better” agenda.