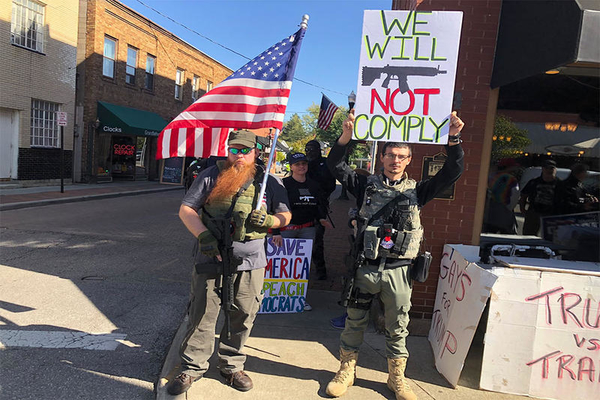 Ohio House presented with legislation that would proclaim the state a Second Amendment Sanctuary.

Fox 8 reports that HB 62 “would have the power to nullify any federal law or court ruling that goes against the second amendment,” including:

The bill is referred to by Rep. Loychik as the “safe haven” act by The Statehouse News Bureau.

The push for sanctuary status at the state level comes as Republicans removed the universal background check from Gov. Mike DeWine’s (R) budget.

The proclamation’s warning was highlighted by NTV ABC, “The White House and U.S. Congress have announced their intention to pursue measures that would infringe on the right to keep and bear arms.” As a result, “Nebraska will stand up against federal overreach and attempts to regulate gun ownership and use in the Good Life.”