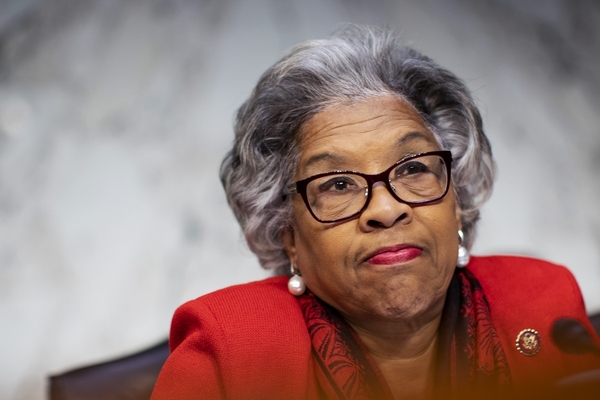 Congressional Black Caucus Chair Rep. Joyce Beatty (D-OH) on MSNBC’s “Weekends with Alex Witt, argued that police officers “could shoot in the air” and that “Teachers go and break up fights with knives every day.”

Beatty said, “We have to have a better way of de-escalating. Here is an occurrence where the police knew they were coming with two girls fighting — or a girl and two adults fighting. So, I think we have to look at the system. one size can’t fit all. You can’t say that you are trained to only shoot to the center of the body. Four shots, I mean, come on, the first shot would knock the knife, a kitchen knife to the ground. And when you look at what’s happening here in Franklin County, I’m embarrassed by it. When you look at the number of percentages of fatal shootings at the hands of law enforcement, when you look at, we’re rated 18th out of 100 of the largest, most populous cities in the nation. We need to take a longer look, a better look, rather, at our system. How are we training police officers? I find it unacceptable that one way of training, one system, one size cannot fit all. You cannot put four bullets into a 16-year-old’s chest. You can’t put six bullets into a person’s back. Now, we’re going from a kitchen knife, a sandwich, a cell phone, car keys. We have to call for more transparency, more training, and more justice.”

She added, “So, if you have a [1]6-year-old with a knife in her hand looking like she’s going to attack her sister, what, you shoot her four times in the chest? I think it’s ridiculous. You could shoot in the air. If you look at that video, with Ma’Khia Bryant, the first shot, the knife is on the ground, people are scattering. It did not make sense. Teachers go and break up fights with knives every day. So, there has to be a better way in this situation.”

If one cant tell the difference between “shooting a teenager” and shooting a suspect before the suspect kills an innocent victim,” you are either ignorant or stupid. The DUMBEST thing is that the cop should have “fired a warning shot.” That’s such an insane statement, the National Fraternal Order of the Police had to respond.