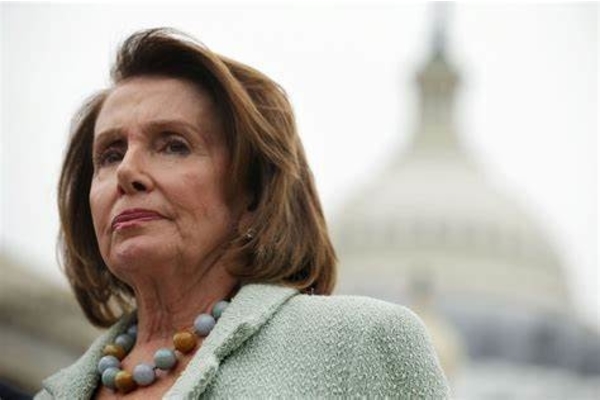 (breitbart) – Former White House chief of staff Mark Meadows sued Speaker of the House Nancy Pelosi (D-CA) and every member of the U.S. House Select Committee on the January 6 Attack on Wednesday, claiming that it is unconstitutionally usurping executive branch authority.

The lawsuit, filed in the federal district court for the District of Columbia, came after the chairman, Rep. Bennie Thompson (D-GA), wrote to Meadows’s attorney earlier Wednesday to say that the committee would pursue criminal contempt charges against Meadows.

That came after Meadows’s attorney wrote to the committee on Tuesday to say that Meadows could not cooperate with the committee because it was attempting to subpoena his private telephone records from his cell phone provider, Verizon.

The lawsuit states that the committee is demanding that Meadows violate executive privilege and the Constitution, and asking his cell phone provider to break the law:

The Select Committee acts absent any valid legislative power and threatens to violate longstanding principles of executive privilege and immunity that are of constitutional origin and dimension. Without intervention by this Court, Mr. Meadows faces the harm of both being illegally coerced into violating the Constitution and having a third party involuntarily violate Mr. Meadows rights and the requirements of relevant laws governing records of electronic communications.

Meadows’s lawsuit also explains that he wished to comply with the committee, but that it wanted materials he believed he did not have the right to provide under the Constitution:

The current President of the United States, through counsel, purported to waive the former president’s claims of privilege and immunity.

As a result, Mr. Meadows, a witness, has been put in the untenable position of choosing between conflicting privilege claims that are of constitutional origin and dimension and having to either risk enforcement of the subpoena issued to him, not merely by the House of Representatives, but through actions by the Executive and Judicial Branches, or, alternatively, unilaterally abandoning the former president’s claims of privileges and immunities. Thus, Mr. Meadows turns to the courts to say what the law is.

Speaker Pelosi rejected the nominees provided by House Minority Leader Rep. Kevin McCarthy (R-CA) and chose two members of the minority. As it stands, the committee only has nine members — seven Democrats and two Republicans, both of whom are avowedly anti-Trump.

Democrats maintain that Meadows, who was chief of staff for President Donald Trump, has material information about the January 6 riot at the Capitol. Meadows has not been linked to the riot by any one of hundreds of Department of Justice cases against the participants.

The Department of Justice is prosecuting former Trump aide Stephen K. Bannon for resisting a subpoena on similar constitutional grounds to Meadows’s objection. Bannon wants a court to decide the executive privilege issue before handing over materials to the committee. Ironically, the Department of Justice is attempting to prevent Bannon from making public other materials about the riot, which it provided to him as part of the legal process.