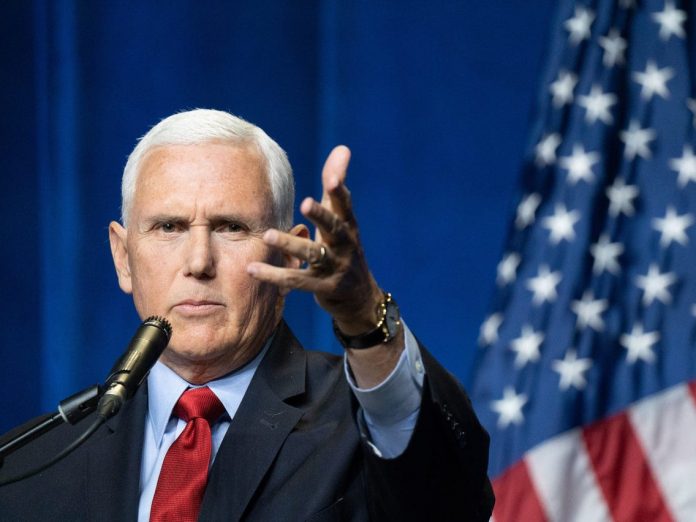 The suspicions rise as New Hampshire has the status of kicking off the primaries during the election season; many wonder if the former vice president will toss his hat into the ring in 2024.

According to the NHJournal, “Ager says the Hillsborough GOP has sold more tickets for this event than ever before, and the top-dollar VIP reception tickets completely sold out”:

Pence has not outlined any plans for a 2024 presidential run; in recent months, he is in the top tier of candidates in some hypothetical GOP primary polls.

A May Politico/Morning Consult poll, for example, asked respondents to choose whom they would vote for if the 2024 Republican primary were held today. While former President Trump dominated the field with a double-digit lead, 48 percent, Pence came in a distant second, garnering 13 percent support. Florida Gov. Ron DeSantis (R) came in third with eight percent support, followed by Donald Trump Jr., who garnered seven percent support.

This year’s Conservative Political Action Conference (CPAC) straw poll saw only one percent support for Pence. As a result, Pence declined an invitation to appear at CPAC this year.

It remains unclear how Trump supporters will see Pence if he chooses to run, given the tension between Trump and Pence during their finals weeks in office.

“Trump voters will give Mike Pence a lot of credit for being a loyal — a very, very loyal — vice president,” a veteran GOP strategist told NHJournal. “But obviously, on January 6, the president’s opinion of him changed.”

Back in April, Devin O’Malley, a top aide for Pence, told Breitbart News of Pence plans to advance the principle comprising the Make America Great Again Movement, merging them with “traditional conservative principles.”