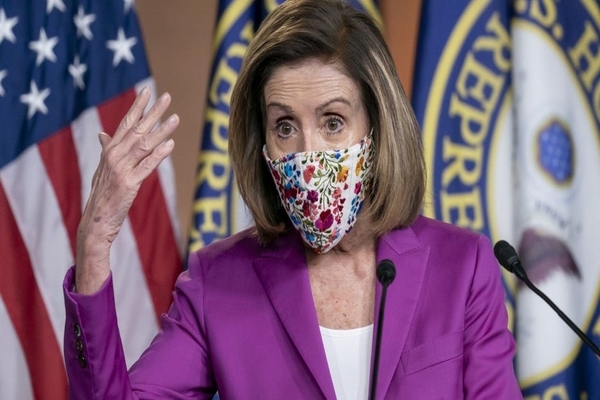 On April 28, a dozen FBI agents awakened Paul and Marilyn Huepers; guns were drawn, searching for Rep. Nancy Pelosi’s laptop, which was lost on January 6th.

“It was a little alarming when I turned around the corner,” Paul said, according to AlaskaWatchman.com. “The first thing they did was start barking out commandments.”

“We sat there really for the first hour, not knowing what’s going on. They never offered for us to be comfortable,” he added, “It was very harshly done.”

The Huepers were asked for identification, handcuffed, and interrogated separately before authorities showed Marilyn a photo they suspected to be her. Reportedly, the FBI did not initially offer a search warrant but provided one later.

The Huepers were in Washington, D.C. on January 6th, but they said they were never close to the Capitol Building.

“‘Oh, that’s obviously not me. Why didn’t you show me that photo to start with?’ The woman in the photo has detached earlobes – Marilyn’s are attached, she said. Plus, the woman was wearing a sweater that Marilyn said, ‘You couldn’t pay me to wear.’”

“In the end, it was a case of mistaken identity,” the Watchman reported. But the Huepers were purportedly never read their Miranda rights or charged with any crime before the agents disbanded three hours later with Marilyn’s phones and laptop without apologizing.

“It appears the FBI were most interested in Marilyn. They had a photo of a woman wearing the same coat as her, and with a similar hairstyle,” the report reads. “The photo was taken from Capitol building cameras, according to Marilyn, but beyond the hair and coat, there is little similarity between Marilyn and the woman photographed inside the Capitol.”

“We really need to understand our latitude of choices,” Marilyn said of the event. “A lot of us have fallen down on the job,” she added about understanding the law. “The ball lies squarely in our court.”

Paul harmonized with Marilyn, “This energizes me to take the right next step. This fires me up to take care of my business as a citizen to do what’s right”: