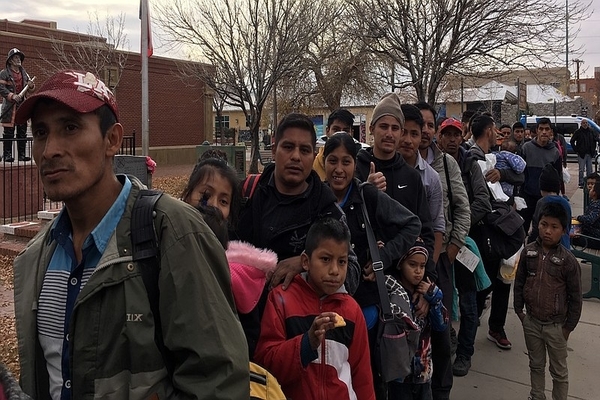 Border Patrol agents who are assigned to five Texas-based sectors have apprehended nearly 64,000 migrants in February.

According to reports released by the U.S., agents assigned to the Rio Grande Valley, Laredo, Del Rio, Big Bend, and El Paso Sectors have apprehended 63,734 migrants in February. An increase of 13,619 migrants over the January report.

The report indicates the Texas sector accounts for 65 percent of all migrant border apprehensions.

The epicenter of the current border crisis is the Rio Grande Valley sector, with nearly 28,000 migrants being apprehended out of the total of 96,974, almost 29 percent.  The RGV sector has seen an increase of 63.7 percent from January’s total apprehensions of 17,056.

The El Paso Sector is next with 13,181 apprehensions, up 24 percent from January. The Big Bend Sector experienced an increase of 16 percent over the previous month. The Del Rio and Laredo Sectors reported a slight decrease in apprehensions

More than 3,000 of the unaccompanied minors apprehended nationally are under the age of 12.  The remaining minors are between 13 and 17 years of age.