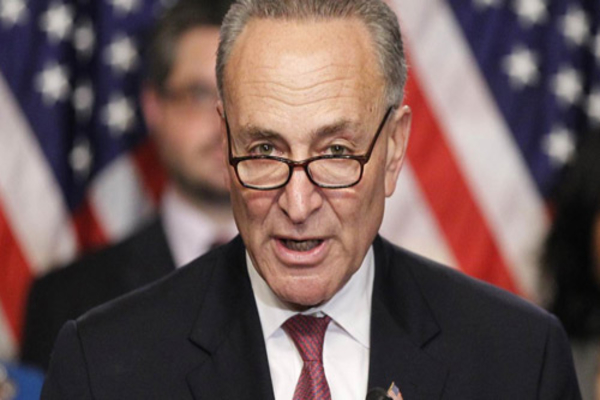 Wednesday morning, Senate Majority Leader Chuck Schumer (D-NY) announced that senators involved in negotiations with the bipartisan infrastructure bill “continue to make good progress” and that the chamber should be prepared to vote on advancing the bill “as early as tonight.”

Senators involved in bipartisan negotiations came to a tentative deal last month; however, the final compromise is not set. Despite Schumer’s announcement, the involved lawmakers have not drafted the infrastructure bill.

It boils down to whether Republican lawmakers could vote to advance legislation past cloture without having the details of precisely what they are voting to advance.

The legislation was blocked by Senate Republicans last week when Schumer filed cloture on H.R. 3684, the legislative vehicle for bipartisan infrastructure bill. Republicans blocked the bill as they want to see a physical bill before they vote, Senate Democrats overwhelmingly voted for the measure.

Sen. Ron Johnson (R-WI) told Breitbart News that negotiating with Democrats on the bipartisan infrastructure bill would only be “complicit” in enabling the Democrat agenda.

Johnson told Breitbart News that if Republicans are “cooperative and complicit” with the $1 trillion bipartisan bill, the Democrat bill is “just going to be backfilled with more long-term entitlements, welfare, liberal, radical wish list spending proposals.”

Republican lawmakers received a letter from The Club for Growth, saying that Senate Republicans that support the bipartisan bill would only enable the “socialist” multi-trillion dollar reconciliation bill.

In a statement, David McIntosh, president of the Club for Growth, said in July, “Any Senator that supports the Bipartisan Infrastructure Deal is also explicitly supporting the radical socialist reconciliation bill and $4.7 trillion in total spending.”

He added, “This deal is a gateway drug that will lead to trillions in unnecessary spending and an increase in our debt limit, which we can’t afford and don’t need.”